LeBron James is never far from the spotlight.  From being the first overall pick by Cleveland in the 2003 NBA Draft to his move to the Miami Heat (winning two NBA Championships) and his eventual return to Cleveland, James is known for his domination on the court.

One way LeBron is gaining attention off the court is the ongoing mystery of his hairline.  There has been speculation in the past year about whether or not James has received a hair transplant.

The Battle of Lebron’s Hairline

The first, and obvious, difference is how much higher his hairline is in the above photo.  A comparison of the two photos finds a much healthier hairline in the shot from last week.

To many NBA fans, another indication that James received a hair transplant is the absence of Lebron’s headband during games.

Even when LeBron James was a rookie, he often wore a headband while playing in a game.  As the years passed, the headband seemed to go higher and higher up his forehead to cover up his hair loss. 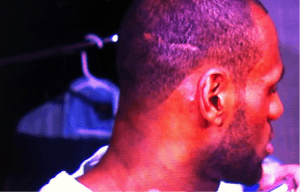 The Final Proof; The Smoking Gun; The Strip Scar!

One of the easiest ways to spot evidence of hair transplant surgery is a strip scar on the back of a person’s head.  While LeBron has never admitted to having strip-harvest surgery, the photo seems to be clear evidence of a procedure in his past.

The NBA Finals continue all this week.  Cleveland won Game 2 in overtime and one of the main reasons they won was thanks to the incredible efforts of LeBron James.  Now that he doesn’t have to focus on concealing his hairline, LeBron can focus on securing the first NBA title in the history of the city of Cleveland.