Scalp Micropigmentation (SMP), also known as trichopigmentation, is a revolutionary new cosmetic procedure that is performed at Parsa Mohebi Hair Restoration to improve the aesthetic appearance of a patient’s scalp using dermal pigments. SMP is a procedure that is used to imitate the look of a closely shaved head or to blend-in with the appearance of the natural hair of the patient when the appearance of more fullness is desired. The procedure is relatively non-invasive and is usually performed without anesthesia.

Who is A Good Candidate for SMP?

Ideal candidates for SMP are people who do not have adequate hair to cover their entire balding area with the density they desire. Patients with a scalp scar that is the result of an older hair transplant method (or other procedures) can minimize the visibility of the scar as well. The most common applications of SMP are for the following groups: 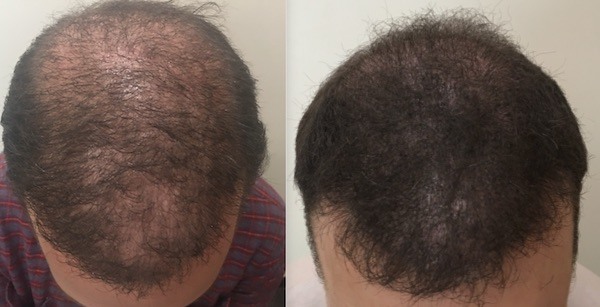 2. Female Hair Loss: Women who have typical female patterned baldness, and are not good candidates for a hair transplant, often lack a sufficient amount of permanent hair anywhere in the scalp that can be transplanted. Most of these women are dependent on microfibers like Toppik or a hair system. SMP can minimize the contrast between their hair and scalp and create the illusion of fullness.

4. Scalp Scar: Men or women with scalp scars due to trauma, surgery or a previous strip hair transplant that are now planning to shave their head and want to get rid of the visibility of their existing scars.

5. Other Types of Hair Loss: Anyone with any type of hair loss who wants to improve the appearance of the balding area. Examples are skin conditions such as Alopecia Capitis, Alopecia Areata in the head and face, Alopecia Cicatricial or post-radiation hair loss. 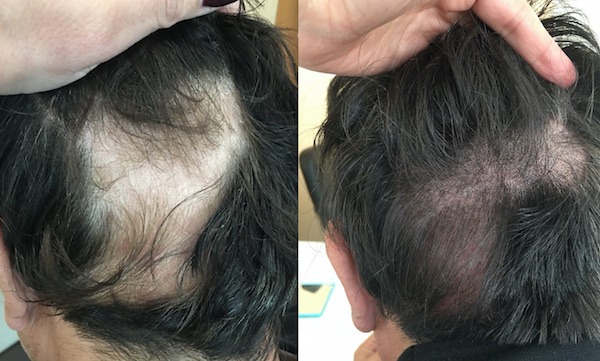 At Parsa Mohebi Hair Restoration, we use depth precision and superior artistic skills in crafting the most natural looking results for people who are bald or who have thinning hair.  SMP can create a close shaved look in patients where the patterned baldness at the front and crown is noticeable by using dermal pigments matched to the patients’ hair color. The procedure can also produce the look of more hair density in patients who have thinning hair by minimizing the visibility of the scalp. This eliminates the need for microfiber products such as Toppik which, while effective in filling out the hair, are messy and easily comes off the hair and scalp.

Here are even more benefits of Scalp Micropigmentation: