The Haight-Ashbury neighborhood of San Francisco has a very distinct reputation for developing its own ideas and doing things its own way. This dates all the way back to a certain 60s movement of freedom and music which, by today’s cultural standards, may not seem all that curious, though it’s worth remembering that the roots of American liberal ideals endured their beginnings right here. It was in Haight-Ashbury that new ways of thinking opened up new ways of life—ways that eventually spread across the country, resulting in what can only be described as a movement.

Today the neighborhood may not be quite the same as it once was, but still, to meet one of its residents is to meet one appreciative of ideas becoming refined, and moving forward. At Parsa Mohebi Hair Restoration we can say, using strokes less broad though no less progressive, the very same thing. We, too, have a deep interest in refinement. In seldom resting on our laurels in favor of pushing the boundaries of success. 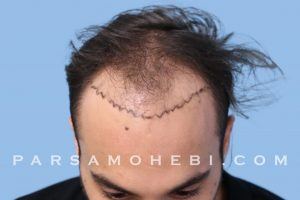 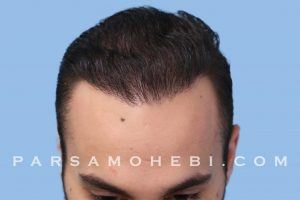 Masters Of The Craft, Visionaries Of The New

The two main methods of hair transplant surgery are the follicular unit transplant and follicular unit extraction. FUT came about in the early 1950s. It is conducted by harvesting follicular units in groups from the back of the head. FUE represents a significant advancement on the technique. First performed in 1988, the hair extraction is done individually, leaving little to no scarring, and affording surgeons the opportunity to retrieve donor hairs from different parts of the body.

Depending on the patient’s needs, we utilize both of these treatments, along with the refinements they have experienced over the years, particularly when it comes to FUE. Many of our Haight-Ashbury hair transplant patients are quite impressed when they first lay eyes on the ARTAS robotic arm that’s sometimes used to conduct FUE. And then there are the treatments that belong to our clinic and no other, such as the Celebrity Hair Transplant and the Power Hairline.

So Much To Do In The Meantime

If you’ve come to our San Francisco office for a hair transplant, and decided upon visiting Haight-Ashbury in the meantime, you’re going to be very busy indeed. First off, you may wish to take a stroll through Buena Vista Park at the edge of the district. Situated on the side of a hill, a climb to the top rewards visitors with an amazing view of the city. The park also features tennis courts, a playground, and off-the-leash space for dogs.

Also, pretty much everywhere you walk in Haight-Ashbury is overlooked by beautiful Victorian architecture. If you are a music fan, do not forget to pay a visit to the house that Jerry Garcia’s Grateful Dead called home during the 1960s. Other rockers who once lived in Haight-Ashbury include Janis Joplin, Jefferson Airplane, and the Steve Miller Band.

Prefer things a bit more quiet? Try the bookstores, many of which feature rare and out of print editions you may have thought long impossible to find.

Getting Here From There

Our clinic is only about 4 miles north of Haight-Ashbury, via Oak Street and Franklin Street. You’ll find us at 55 Francisco Street, Suite #705. This is an upscale neighborhood that features easy parking and conveniently-located lodging. Should you run into trouble finding a place to stay, let us know and we will be happy to provide assistance.

Parsa Mohebi Hair Restoration cannot claim to be part of the long passed hippie movement of the 1960s. Nor do you need to wear a flowered hat should you decide to pay us a visit. Instead, expect treatment with the highest level of professionalism, and satisfying results. Give us a call via (415) 997-6126.