Hair cloning or hair multiplication is the process of producing multiple hair follicles from a single one and using them for hair restoration purposes. Hair multiplication has been developed by many scientists and pioneering doctors. Each study has illuminated a portion of the path that can eventually lead to hair regeneration. Dr. Mohebi has also been part of this research in conjunction with Cedar Sinai Medical Center. The result of this study is published in Cell Proliferation Journal, “Towards Expansion of Human Hair Follicle Stem Cells.”

There were many studies done in the past and each study discovered a portion of the complex path to regenerating hair follicles from an existing hair. In hair cloning, a hair follicle is used to extract the reproducing cells for generating new follicles and, through a process, new hair follicles can be produced and used for the treatment of baldness in male-patterned baldness or other types of hair loss.

How Does Hair Cloning Work? 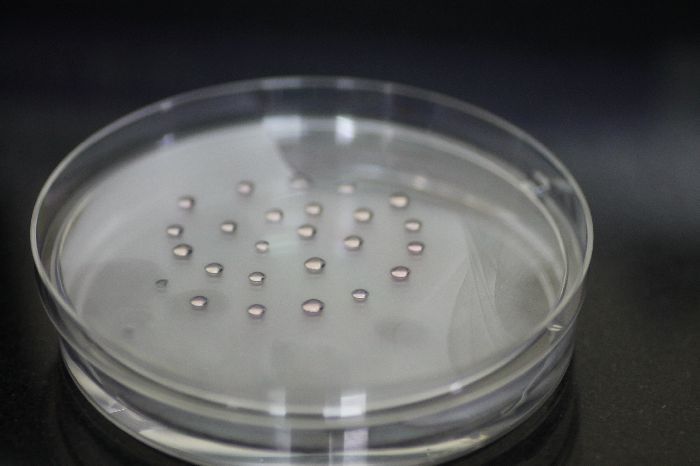 Hair follicle cloning is best described as hair multiplication in which several hair follicles can be produced from a single hair in the lab or in vivo (inside the body). The process has already been performed in animal models with some success but there are many other phases that still need to be completed in human models in order to see the long term effects and safety of this procedure.

There are two main methods of hair multiplication that were developed and evaluated in the past:

During the In Vivo method, the hair is transected (cut along its length) and the transected parts are allowed to grow inside the skin. The other version of this method is when the stem cells of each follicle are harvested, processed outside of the body and re-implanted into the skin to grow a new hair. This method of hair multiplication has been done through several surgical procedures with variable results.

The In Vitro method of hair multiplication is when the stem cells of hair follicles are extracted and new hair follicles are created outside of the body. This is the most promising method for hair cloning but it still needs to go through different phases to be approved for use on human patients. One of the phases of developing any new medical instrument or product is the third phase research. This is when the product or instrument is used on volunteers for assessment of its long-term results and potential side effects. These patients should be observed for a long period (usually 8-10 years) to rule out any long term risks that can be attributed to the new treatment.  In the case of hair cloning, they should rule out any possibility of developing skin cancer or other abnormalities with cloned hair. Unfortunately, no one has worked on this stage and that is why the In Vitro hair multiplication method has not been producing any viable options for the treatment of balding to this point.

Hair cloning was first proven to be a working and successful process in 1970 in a study that was performed on rats. Scientists were able to demonstrate the technique on the animals and reproduce healthy hair in bald areas. However, in the case of humans, little progress has been made since then. There are a few companies that have dealt with the process and either tried to correct the flaws or are in the process of perfecting it at the moment.

One of the main problems is that after extraction and culturing, cloned dermal papillae seems to lose its ability to grow hair. Another issue is that researchers have yet to come up with a truly efficient multiplying method as they look to produce up to 1000 cloned cells from one extracted from the scalp. Current methods are capable of only a fraction of this.

Research and Development in Recent Years

One of the first companies that started to experiment with hair cloning was Intercytex. Company researchers felt their approach was the cure for baldness. They hoped that, if the technology was fully developed, they could eliminate hair loss that was a result of hereditary factors. This therapy would eliminate donor hair needs as it could be grown from the patient’s own cells. Intercytex attempted to clone new hair follicles using the stem cells harvested from the back of the neck. They hoped that once the multiplied (cloned) follicles were planted on the scalp in the balding areas, they would be successful in re-growing the hair. The method was tested in their Phase II trials. Very promising results were seen as two-thirds of the bald male patients were actually able to grow new hair after the treatment. Phase III trials began in an attempt to complete the research and make it available to the public. However, these tests did not show the progress hoped for by the company. In 2008, Intercytex had to admit their failure in developing a hair cloning therapy. They discontinued all of their research, went through some financial difficulties and went out of business in 2010.

Another firm researching hair cloning was Aderans Research Institute. They were the biggest competitor of Intercytex in the race to develop the therapy. Their process was called the “Ji Gami” process and it involved the removal of a small scalp strip broken down into individual follicular stem cells. The cells were cultured, multiplied and then injected into the bald areas of the scalp. Unfortunately, their Phase II trials showed that the process was not viable for multiplication. However, it did revitalize the follicles and stopped future loss. Aderans stopped their hair multiplication research in 2013.

In 2010, scientists at the Berlin Technical University in Germany took animal cells and created artificial hair follicles by using the animal cells. They produced follicles that were thinner than normal hair follicles but they were confident they could develop normal cloned hair from human stem cells by 2011 and make it available to the public by 2015. However, the research team encountered several problems. They found the multiplication process was only able to clone one or two follicles from an extracted hair. So far, there has been no update on if they were able to overcome this obstacle.

The year 2011 saw scientists from the University Of Pennsylvania School Of Medicine claim that their research found both non-balding and bald scalps have the same number of stem cells. The big difference was the large number of depleted progenitor cells in bald scalps. Their conclusions found that the absence of the stem cells is not the cause for hair loss. The cause is the unsuccessful activation of the cells. Their research is ongoing.

New results from a research team at Durham University suggested progress in 2013. The scientists attempted to clone the original cells in a 3D system instead of a 2D system. Their research team took healthy dermal papillae from hair transplants and then dissected and cultured them in a petri dish. They were able to produce 3000 dermal papilla cells in a 30 hour time period. Their goal was to create dermal papillae that would reprogram cells around it and produce healthy hair once it was injected. The method was tested by injecting the cloned cells in foreskin samples. This was an attempt to challenge the cells since foreskin cells don’t normally grow hair. The human skin samples were then tested and grafted on rats. After six weeks, the cloned papillae cells did form new hair follicles which, in turn, were able to grow hair. While these early results are promising, more studies and tests need to be performed before human testing can begin.

Finally, RepliCel Life Sciences Inc. of Vancouver has been doing research regarding replacing hormone-compromised hair-follicle cells. At last report, they were getting ready to start their clinical trials on 120 men in Germany in 2013.

Although we know In Vivo hair multiplication could be able to produce more than one hair from each single follicle, this method is not as efficient as the In Vitro procedure. In Vitro hair cloning, if completely developed and approved, can produce hundreds or thousands of healthy hair follicles from a single hair. This will be much less troublesome and more efficient when it becomes available. Of course, there are some studies that need to be done on volunteer patients in the different phases performed on human subjects.

If a research center can complete the third phase of study that can prove hair cloning is effective and safe in the long term for humans, the procedure could be approved for commercial use in human patients.