Donald Trump Hair Secrets – Is McDonald’s Responsible for His Hair?

No matter what anyone thinks about the job Donald Trump has done while leading the United States, most people agree that the appearance of his hair is sometimes unnatural. Donald Trump has rarely been a person that admits to suffering any kind of hair loss and has even gone on “The Tonight Show” in an effort to prove that his hair is real by letting the host pull on his hair. Trump recently made an odd statement about his hair by claiming that McDonald’s might be responsible for keeping his hair healthy and full. 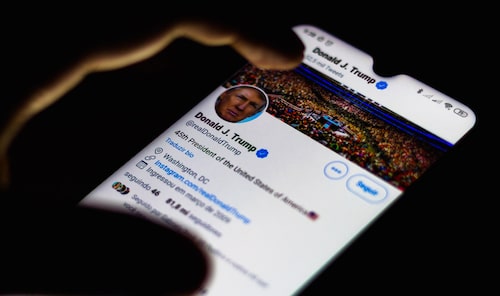 Last week, Donald Trump credited McDonald’s for being responsible for his (close to) full head of hair. The claim came in the middle of a tweetstorm Trump was taking part in after his first debate with Joe Biden.

The tweet read “No wonder I didn’t lose my hair!” and the comment was related to a 2018 study that suggested a chemical found in fries from McDonald’s could prevent hair loss. Trump retweeted a link to an ABC7 Chicago article about the study that was first shared in 2018 by former White House press secretary Ari Fleischer. The ABC7 story reported that a chemical in McDonald’s French fries might be a cure for baldness.

FYI….Fleisher, who is bald, made the comment that the chemical “doesn’t work”.

McDonald’s and Hair Loss – The Study in Question

In 2018, there was a study that was presented by a group of Japanese researchers from Yokohama National University. The study did not state that eating French fries from McDonald’s can prevent hair loss. Instead, the findings from the study suggested that dimethylpolysiloxane (a chemical that is found in the oil used by the fast food company to cook their fries as well as shampoos and lubricants) could assist in the preparation of hair follicle germs that are later successfully transplanted onto mice.

According to corresponding author and Professor Junji Fukuda in a 2018 press release, “The Key for the mass production of [hair follicle germs} was a choice of substrate materials for culture vessel. We used oxygen-permeable dimethylpolysiloxane (PDMS) at the bottom of culture vessel, and it worked very well.”

It should be noted that the actual study did not make any specific mention of French fries from McDonald’s. This means that Donald Trump’s love of fast food more than likely has nothing to do with the appearance of hair on his head. 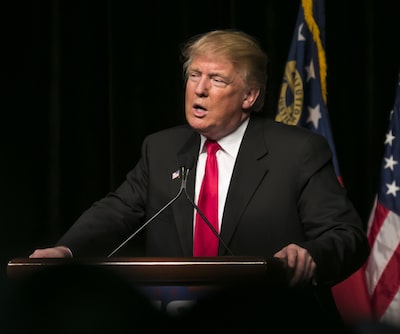 The surgeon surgically cuts out the area of the scalp that is balding. The surgeon will then loosen the skin that is located in the area of the scalp where hair is located. The looser skin is then pulled in an upward motion in order to cover the balding area that was removed. The skin flaps are then stitched together in order to keep them in place.

There is also a theory that Donald Trump maintains his hair through regular use of finasteride (which is also known as Propecia). Finasteride is a drug that was originally developed in order to treat the enlargement of the prostate. The drug was later found to help maintain, as well as promote, the growth of hair on the scalp.

It was confirmed that Trump has been taking the drug to treat make pattern baldness after his 2018 physical that was conducted by Dr. Ronny Jackson, the White House physician at the time. In addition, his former personal doctor, Dr. Harold Bornstein, told the New York Times that Donald Trump took a small dose for the same reason. Dr. Bornstein also remarked that “He has all his hair.”

The comments about Donald Trump and McDonald’s fries come after it was revealed that Trump wrote off $70,000 in hairstyling from his taxes.

Earlier this year, the website Gawker published a report that Trump’s hairstyle is the result of a $60,000 “baldness intervention” that weaved the hair from a donor onto the top of the hair of Donald Trump. However, an expert on baldness wrote an op-ed for the New York Daily News that explained it is more likely that Trump had a hair transplant.

Trump even admitted that he has a bald spot during an appearance at the Conservative Political Action Conference. Trump took a look at his appearance on the screens that flanked the podium and “air-patted” his hair. He then told the crowd, “I try like hell to hide that bald spot folks. I work hard at it.”