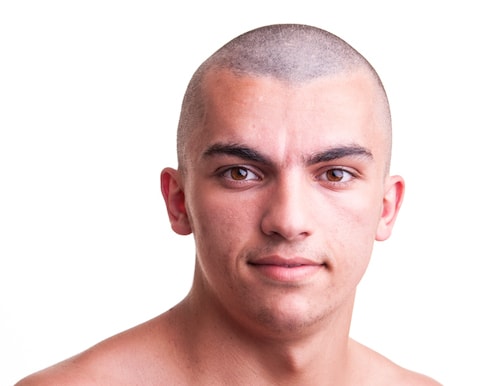 While hair loss doesn’t happen to all men, it does happen to a good number of males from all walks of life and a variety of ages. Hair loss does seem to have an effect on the self-confidence of males. A 2013 study in Berlin showed that even a minor amount of balding caused a large emotional burden on men and brought about lower self-confidence, psychological disorders and even impaired the quality of life for some men. Hair loss hits some men so hard that a 2009 study by the International Society of Hair Restoration found that 60% of men would rather have a full head of hair instead of friends or money!

While a hair restoration surgery can help men gain the hairline they desire, there are some men who elect to just go with it because they feel their hair loss doesn’t matter. There are a number of reasons some men have elected not to fight their hair loss and they include:

It’s up to each individual to determine whether or not they want to undergo a hair restoration surgery, one of the various medical hair loss treatments on the market or simply live with their degree of hair loss. Men, or women, interested in learning more about their hair restoration options are encouraged to contact our office and make a hair transplant consultation appointment.