Home >> Can You Trust the Results of Regrowz?

Can You Trust the Results of Regrowz?

Our discussion about Regrowz is an example of hair loss products that come to market and present themselves as the ultimate solution for baldness. We get questions about these types of products, as well as their actual values, from our patients on a regular basis.

Last year, Princeton Consumer Research (a private research company), conducted a study to test the effectiveness of Regrowz. This is a hair care product that bills itself as a hair loss solution. The makers of the product claim patients that have used Regrowz have enjoyed a 100% success rate in hair regrowth. They are even offering a money back guarantee that is valid as long as the patient continues using the product for six months. In addition, the person using the product will need to take date-stamped photographs of the balding area every four weeks. 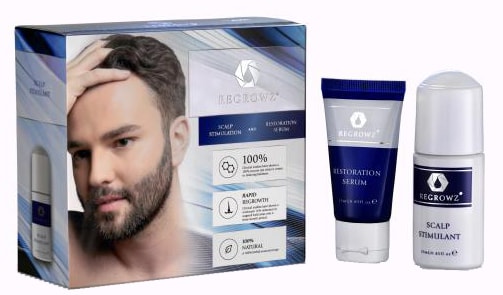 How the Study Was Conducted

According to David Chandler, the lead scientist at Princeton Consumer Research, fifty men were recruited for a study that lasted three months. The fifty participants in the study group were split into three groups of roughly equal size:

The Results Are In

Out of the thirteen men that used Regrowz during the study, each of them felt their area of balding on the scalp had decreased. The same results of “decreased balding” was also felt by the study group members who took the placebo.

The visual graders employed by the research company said the Regrowz users showed an average hair loss reduction of 48.81%.

Can You Trust The Regrowz Results?

While the study seems to positively show the effectiveness of Regrowz, men suffering from hair loss need to keep the following items in mind before using the product:

When it comes to long-lasting hair loss treatment, the most effective and natural looking treatment option is a hair transplant. While there are other medical treatment options (such as minoxidil), the results only last as long as a person continues to use the product.