Built during the mid to late 1800s, Jackson Square is among San Francisco’s oldest neighborhoods. Many of the buildings here were built before the city’s great 1851 fire, and went on to survive the 1906 earthquake. Visitors and residents alike tend to be drawn to stories from its past, and since it has endured so much, can’t help but be confident for its future. To walk the streets of Jackson Square is to admire its architecture. So many busy streets come together here, yet the traffic rarely seems frantic or rushed. The neighborhood is an open time capsule that’s almost akin to a museum—and indeed, when you visit, do not be surprised if you just want to slow down for a look around.

From time to time, Parsa Mohebi Hair Restoration sees patients from Jackson Square. They do not come to us seeking out tradition, however, but to receive cutting edge treatment from a staff that’s always riding the crest of new, effective Jackson Square hair transplant technology. Some of our methods are even specific to us. I.E, we invented them, and continue their refinement as we continue the refinement of all others. Jackson Square is a neighborhood designed for functionality, and just like our staff, accomplishes goals with a head for objectives, and excitement for discoveries. 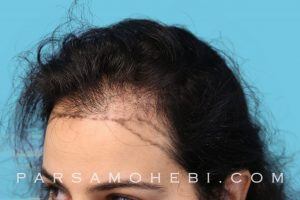 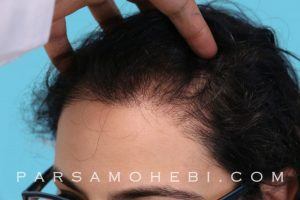 Despite its historical roots, Jackson Square has become a hub of sorts for artists and retailers of multiple mediums. Those working in the financial district often come here in search of the latest clothing styles. As one successful entrepreneur put it, Jackson Square carries with it an element of “cool girl” that’s found nowhere else in San Francisco.

Having said as much, Parsa Mohebi Hair Restoration recommends that patients arrive in comfortable dress on the day of surgery. This because most procedures run anywhere between 4 and 10 hours. Our two primary methods for transplant surgery are through follicular unit transplantation and follicular unit extraction, with the latter method—FUE—being more widely used, more versatile, and generally more effective.

In fact FUE can even be performed by robot—something our modern-loving Jackson Square patients find particularly interesting. ARTAS robotic FUE uses computer software to harvest the most healthy hair follicles. An image-guided robotic arm then helps to extract the follicles for speedy implantation into the recipient area.

Both FUE and FUT can be used to conduct female hairline lowering. Through careful surgery we can create or restore a woman’s natural hairline, and even add unique touches, such as the widow’s peak, or bell-shaped hairline.

How far from Jackson Square to Parsa Mohebi Hair Restoration?

Our clinic is just two miles away from Jackson Square, via Broadway and Franklin Street. Besides the excellent shopping, there is much to do and see here during your stay. You’ll encounter two-story storefronts from the mid 19th century. And then there’s the unmissable 48 story Transamerica Pyramid. At 853 feet high, it was the tallest building in San Francisco until just two years ago, when the Salesforce Tower finally surpassed it.

Our easy to reach office rests in an upscale neighborhood with friendly accommodations both inside and out. We can even assist you with locating a place to stay during your treatment. Our staff is always professional and courteous, making patients feel welcome no matter how far they have traveled.

Parsa Mohebi Hair Restoration is a clinic devoted to the well-being of self-image, self-esteem, and most of all, your full head of hair. Since 2008 we have been performing surgery on patients who thought they would never grow hair again. If you’re suffering from thinning hair, find out what we can do about it today by calling us at (415) 997-6126.