Hair Loss in China Leads to Increase in Hair Transplants

Hair loss is not a problem that is limited only to people in the United States. Hair loss can impact the looks and self-image of people all over the world. One recent example of hair loss that is an issue in other countries comes from China. It has been reported that hair loss is becoming a rather common issue for people in China and this is especially true of millennials.

Hair Loss in China by the Numbers

In addition, the surgery showed that men in the age group of 20 to 40 years of age are the main group that is suffering from the issue.

Increase in the Demand for Hair Loss Solutions in China 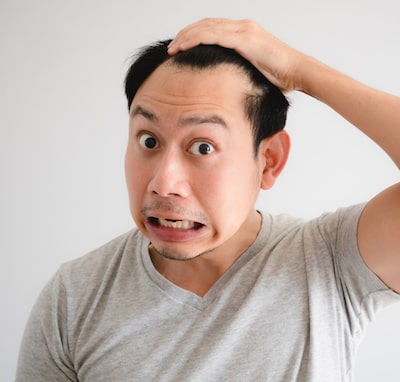 Because of the rise in the number of people suffering from hair loss, there has been a large increase in both the hair transplant market and the demand for wigs to cover the hair loss.

Some of them make the decision to wear a hairpiece to try and hide the hair loss on the scalp. Others have turned to hair transplants in order to regain the amount of hair they have lost on the scalp.

The survey from China’s National Health Commission showed that around 57.4% of consumers that have undergone a hair transplant were born after 1990.

It should be noted that hair transplant surgery is still viewed as being quite expensive for many young people in China. The price for a hair restoration procedure can vary from thousands of yuan to tens of thousands of yuan. Even with the difference in the price, many younger members of the population in China feel that the price is worth it if the results are of a superior quality,

Reasons for the Increase of Hair Loss in China

While the demand for hair transplants among millennial patients is growing in China, there are also some reasons being pointed out for the loss of hair in younger people.

During an interview with Peking University, First Hospital dermatologist Yang Shuxia stated that an amount of “excessive anxiety can, in a way, interrupt, the normal growth cycle of hair.”

She did say that the public does not need to panic about the growing amount of hair loss in the country. Instead of worrying about the hair loss, she said that the public should take steps to notice any significant changes that have happened to them in the last few months. Some of these big changes can include the fact that they constantly suffer from anxiety, have experienced a rapid weight loss, suffer from a fever or have undergone changes to their daily routine. Once they have noticed and identified these changes that have occurred in the past few months, they should wait for three months in order to see if these symptoms go away on their own.

In addition, Yang Shuxia took the time to explain that not all hair loss happens for the same reasons. Some people can suffer from hair loss due to genetic reasons while others might suffer from hair loss as the result of the continuous pulling of hair in a certain part of the scalp or a medical or psychological condition.

Patients that are suffering from hair loss can address the issue using medications such as minoxidil or propecia. These medications are used on a daily basis to help stimulate the growth of hair on the scalp. Patients do need to know that these medications are not permanent solutions and the results will start to fade once a person stops taking the medication on a regular basis.

Patients that are interested in learning more about the hair transplant process are invited to contact our office today to schedule a consultation appointment.