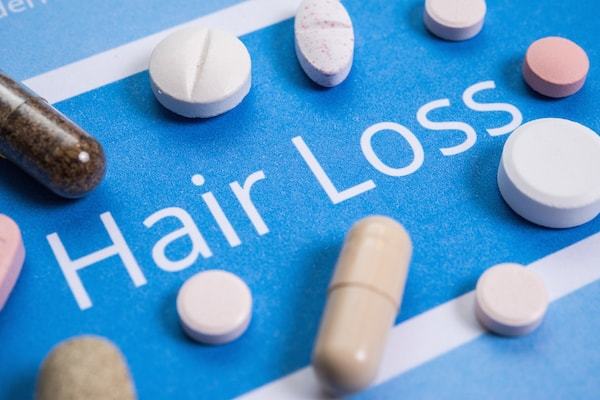 Hair restoration experts are always working to find new cures and solutions for hair loss. One of the most interesting examples of a new solution happened in the past year to a gentleman named Kyle Rhodes. Rhodes was diagnosed with alopecia areata at the very young age of 2 years old. His hair began falling out in patches and he had lost all of the hair on his head, as well as on his body, by the time he turned 18 years of age.

As the years went by, there didn’t seem to be much hope for his condition to be reversed. Thankfully, one of his doctors at Yale University realized that Rhodes’ hair loss was the result of an autoimmune disease. Since this was the case, why not try and treat the condition with medication used for other autoimmune disorders? The autoimmune disease drug of choice was Xeljanz which is better known as a treatment option for rheumatoid arthritis.

The treatment process took about eight months but the results were worth the wait. Kyle Rhodes now proudly possesses a full head of hair. It wasn’t only the hair on his head that returned. Kyle’s eyelashes, eyebrows and the hair on his body all grew back after he was treated with Xeljanz.

While the results were wildly successful for Rhodes, it is not known if the same results can be achieved by the vast number of people who currently suffer from alopecia areata. There are other doctors who say caution must be taken before the drug is used on other patients. Some patients who have used Xeljanz in the past have died from conditions such as tuberculosis. Also, the doctor that treated Rhodes isn’t sure if the drug will work on baldness that comes about as a result of getting older.

Until a final decision is made on whether or not to expand the use of the drug to other patients suffering from alopecia areata, Rhodes says he will continue to use the drug. He also plans on enjoying the sensation of having a full head of hair.