Santa Clara often refers to itself as the center of what is possible. There is good reason for this, as the city is located near the heart of Silicon Valley, a region considered by many to be America’s birthplace of modern technology. Its nickname, “the mission city”, carries over from the 18th century, when Santa Clara’s Spanish colonists established a number of churches, called missions, that eventually spanned 600 hundred miles down the California coast. By 1852 Santa Clara was founded as an official city, and today comprises about 120,000 residents. Like many Silicon Valley communities, this one is home to a number of highly successful tech companies, such as Intel and Nvidi. There are also large branches here for Ericsson and Hewlett-Packard.

But what do any of these things mean in the context of hair transplant surgery? Just like the communities of Silicon Valley, Parsa Mohebi Hair Restoration considers itself to be on the cutting edge of modern technology. We have refined both follicular unit transplantation and follicular unit extraction many times over to provide our patients with incredible results in hair regrowth. 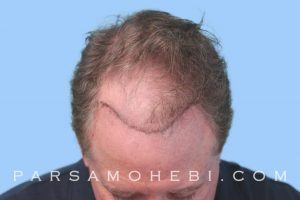 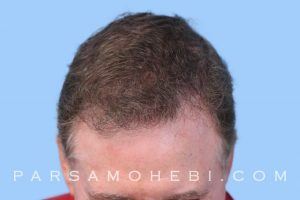 Okay, so a lot of interesting places all over the world are closed due to the pandemic. Having said that, one of the Golden State’s best amusement parks, California’s Great America, intends to re-open in 2021. This is an extremely good thing to hear, as amusement parks go, California’s Great America is tough to outclass. There are rides of all sizes for every age, including roller coasters, a Ferris wheel, a merry-go-round, and a whole plethora of water slides.

If you are interested in finding out a bit more about the history of Santa Clara, head over to the Headen-Inman House, where exhibits from the city’s past abound. There is much to see and learn here, all within a charming craftsman-style wooden home. The one drawback—it is only open on Sundays, so plan your visit accordingly.

Should your visit to our clinic take place during football season, and you happen to be an NFL fan, it is probably not a bad idea to take in a 49ers game at Santa Clara’s Levi Stadium. First opened in 2014, this stadium seats over 68,000 screaming fans for every home game. It is also a venue for rock concerts and soccer matches. Check the schedule to find out who is in town, and what time they go on.

Treatment Beyond What Is Only Possible

Almost one hundred years ago, hair transplant surgery started out with some exciting possibilities. By the early 1950s, those possibilities became reality, and today, we scarcely use the word “possible” at all, for the simple reason of there being little doubt as to what can be achieved.

Since 2008 Parsa Mohebi Hair Restoration has been conducting Santa Clara hair transplant procedures for patients from all over the world. We have helped people of different genders and ethnic backgrounds to get back the full head of hair they thought lost forever. Besides the standard methods of FUT and FUE, we also perform:

In 2019 we expanded our offices to San Francisco, putting us within much easier reach of Silicon Valley cities. Our newest location is at 55 Francisco Street, Suite #705. It features plenty of nearby parking. Lodging is easy to find, too, and if you do need assistance, our staff can help find a place to put you up.

Parsa Mohebi Hair Restoration is here to put an end to your thinning hair problems. For more information, give us a call at (415) 997-6126.