The “Hair Pulling” Has Started With Trump and Clinton 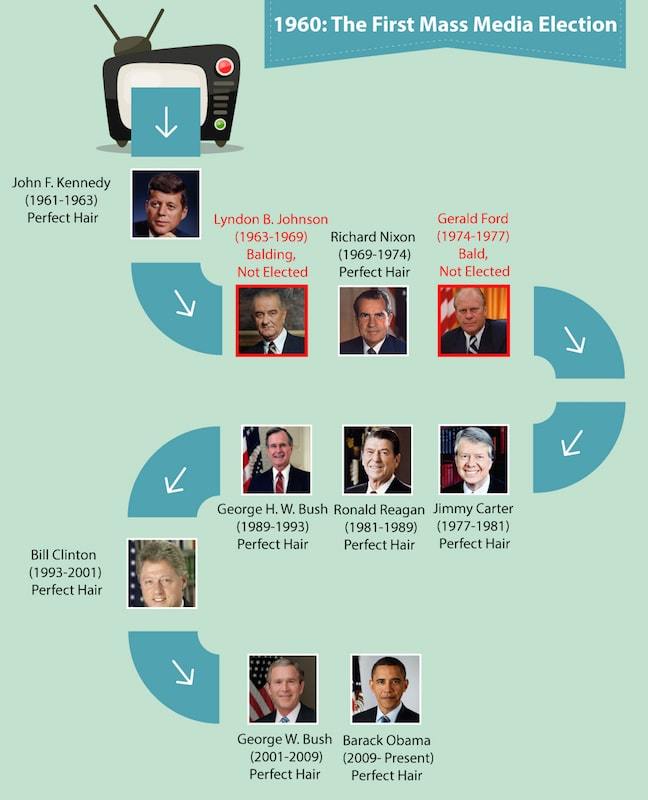 Having said all of that, Trump entered “the hair wars” last week by mocking Hillary Clinton’s hairdo. In an interview with syndicated talk show host Mark Levin, Trump commented that seeing Clinton change her hairstyle was “shocking”. After Levin questioned Trump about Hillary’s appeal to voters, Trump responded with “Well, she has a new hairdo.”

Levin went on to call Clinton’s new hairstyle a wig. Trump asked, “Is that a wig?” Levin said he thought it was a wig. Trump went on to say Levin was right and proceeded to call Hillary’s hair “massive”. After being warned by Levin that he would get in trouble for the comments, Trump said he didn’t care about getting in trouble and was just telling the truth. (Clinton’s hairdresser has said the wig theory is ridiculous.)

While it might seem silly for the American public to fixate on the hair of presidential candidates, there is a long history of hair being a factor in elections. Television started to play a big role in presidential campaigns in 1960. The first televised presidential debate happened that year. In spite of the fact that around 60% of the male population in America has some degree of male patterned baldness by the age of 50, there have been NO bald presidential candidates elected since the televised debates began in 1960. The only two bald and balding men occupying the oval office since 1960 were not elected to the office.

If so, this could be the reason that Donald and Hillary are both pulling the hair card this early in their 2016 campaigns. Hair plays a huge role in the way we are seen by others as well as the way we judge other people. Modern hair restoration offers great solutions and most men can restore their hair without others being able to detect any changes. Making a change with your hair doesn’t mean you have to run for the highest office in the land. It just means you can make a change and be more confident in your appearance and daily life.