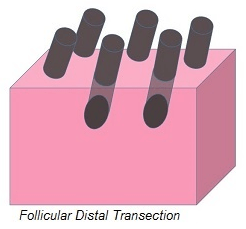 Abstract:
Introduction:
Trichophytic closure has been used for scalp surgeries for many years now. The main purpose of this technique has been to improve the appearance of donor scar through bringing in hair into the scar. Introducing hair into the scalp scar helps to minimize the contrast of scar that has no hair with surrounding areas with 100% hair density. 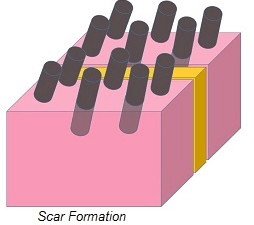 When should we perform each method; and when it is indicated to do a combination of the two has not been clearly discussed in the past.

The visibility of donor scar has to do with two components:
1. High density of hair surrounding the donor scar.
2. No hair inside the scar area.

Lack of hair in a scalp scar is due to two reasons:
a. Presence of scar tissue 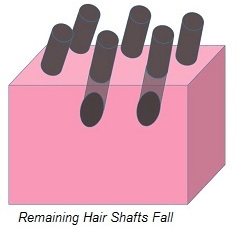 b. Transection of the lower portion of hair follicles on the edge of scar that leads to a slim strip of scalp with no hair. This phenomenon can add to the width of hairless area and therefore visibility of the scar.

The visibility of hairless areas around the scar is mainly due to transection of distal ends of some of the hair follicles at areas that they are suppose to give hair coverage. Transection of hair at the edges of wound leaves a sliver of skin with no growing. This area will add to the hairless area of scar and make the scalp scar look wider.

Partial trichophytic closure requires the surgeon to observe the donor wound edges and to calculate the width of the edge that needs to be removed at any area. This is different than the traditional trichophytic closure that surgeon removes a fix width of epithelial layer despite of presence of absence of follicular transection. 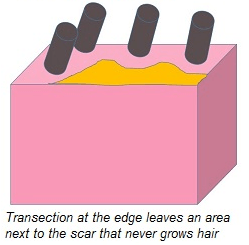 In partial trichophytic closure the surgeon needs to closely observe the wound edges with magnifying loupes. We recommend doing a traditional upper trichophytic closure with 1mm de-deepithelialized edge when there is no transection noted at the edges. In areas that we note transection of the edge, we increase the deepithelialized area to cover the area that will appear hairless due to the transection of distal end of the follicles.

We do not perform deepithelialization on the entire lower edge. We only deepithelialized the areas that show distal end transection. This method guarantees removal of the edge of the skin that will become hairless otherwise.

Partial trichophytic closure with the above method assures growing hair into the scar from the upper edge to minimize the contrast between hairless scar and surrounding scalp. It also eliminates occurrence of hairless areas alongside the scar on the opposite edge. 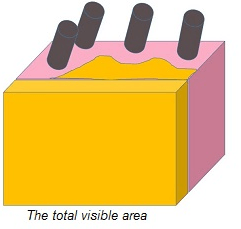 The partial trichophytic closure on one side may add to the time of strip removal. This added time has been around 10 minute in average in my procedures. However it can eliminate one important element that is involved in the increased visibility of the scar. I have been performing this method is majority of my patients in the last two years and I believe it has improved the overall quality of the donor scars in our patients who received this procedure. 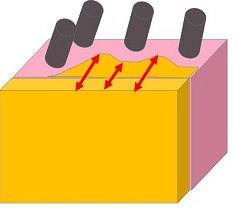 York Hospital. He also served as a research fellow at John Hopkins School of Medicine, Department of Surgical Sciences. He performed several studies on wound healing and hair growth, utilizing growth factors and gene therapy methods. Dr. Mohebi completed his fellowship in surgical hair restoration at the New Hair Institute. As a hair restoration surgeon Dr. Mohebi, has forwarded the industry by inventing the Laxometer for a more precise measurement of scalp laxity before hair restoration procedures. Dr. Mohebi is a Diplomate of the American Board of Hair Restoration Surgery.