What is male patterned baldness?

Half of the problem?

When we lose hair in a typical patterned baldness, we look bald because we are missing hair on certain areas that should have hair. When we perform a hair transplant, the main goal is to increase the density of hair in the balding areas. This is usually easily doable in patients who suffer from low classes of baldness. In advanced classes, the amount of hair that could be harvested may not be enough to create the appearance of the original density of hair on the recipient area. In these cases, despite the restoration of a big area of scalp, the patient may still show significant contrast between the density of recipient and donor area. Visibility of an area around the scalp with fuller density or a typical horseshoe patterned appearance can easily indicate that the patient is going through male patterned baldness.

Is it good to have the back and sides of head with full density?

If the surgeon can successfully reduce the density of the donor area, he can minimize the contrast between the donor and recipient area. That can help to minimize or eliminate the visibility of the horseshoe pattern.

Strategic donor depletion through FUE procedures can help reduce the typical look of male patterned baldness. This is especially true if the patient plans on keeping his hair very short on the back and sides. The thinning of a donor area is a good way to minimize the scalp density contrast and eliminate the look of patterned baldness.

In the following pictures, we have illustrated how a sharp contrast prevents creating the appearance of a full head of hair. 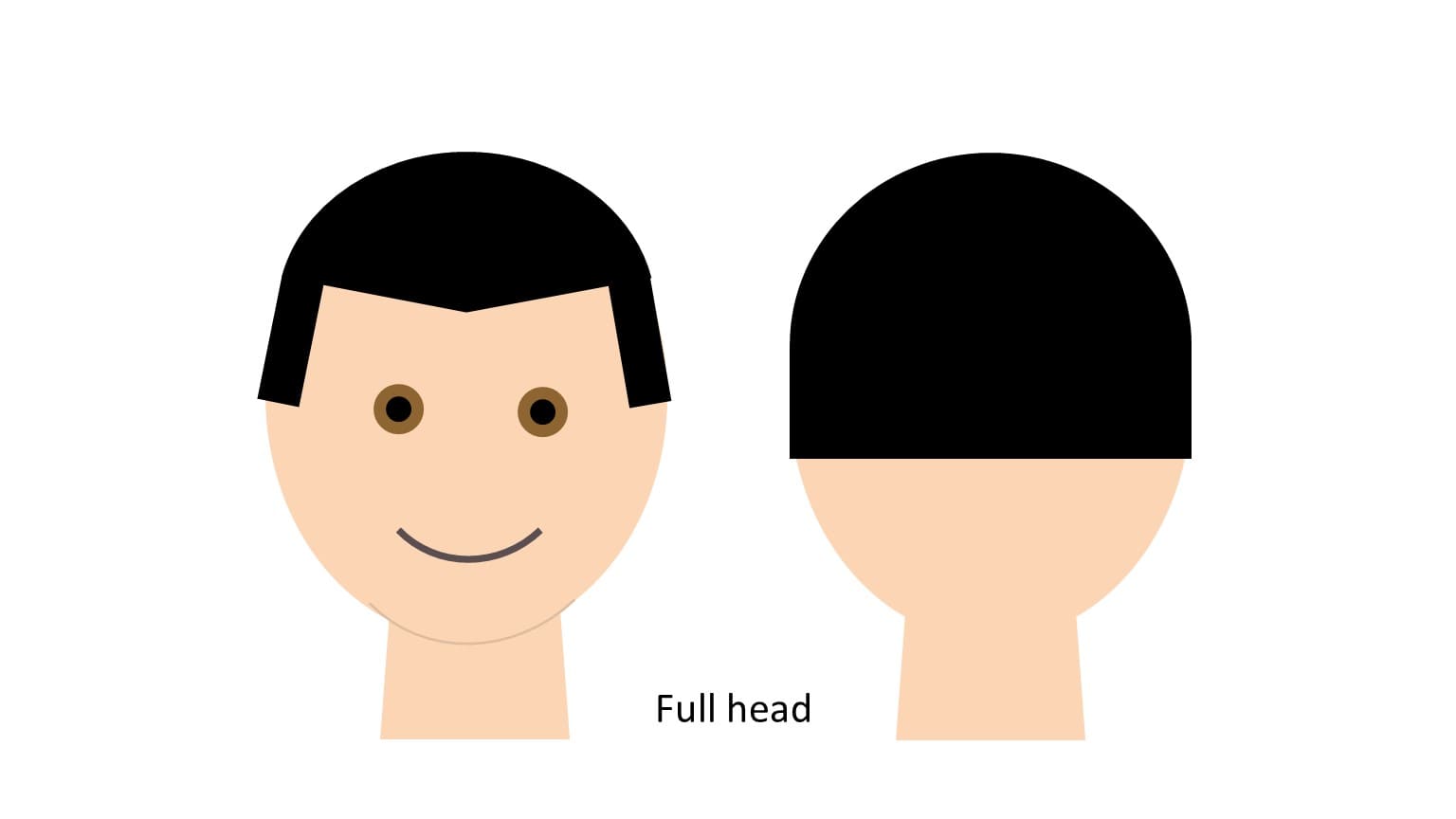 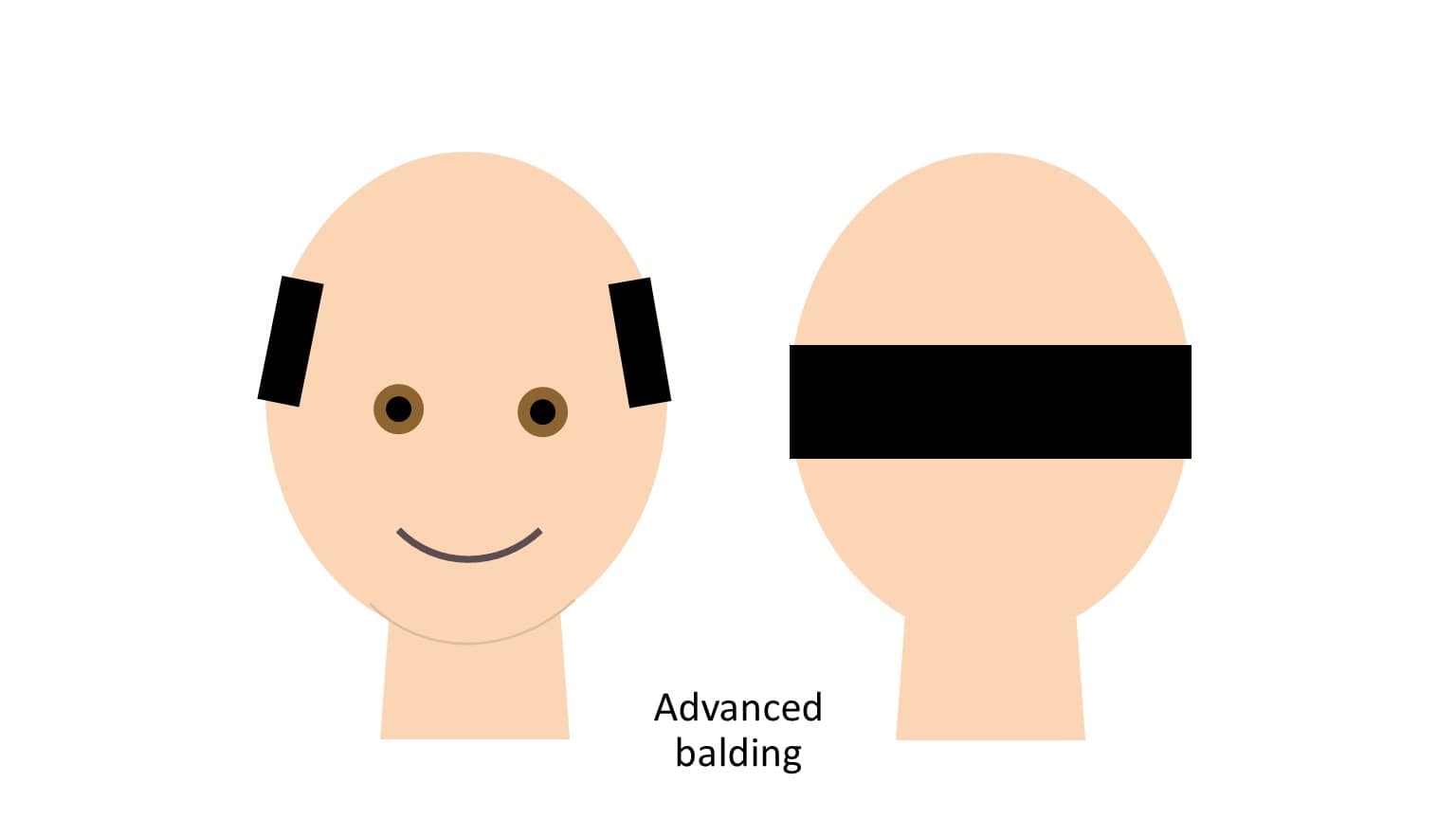 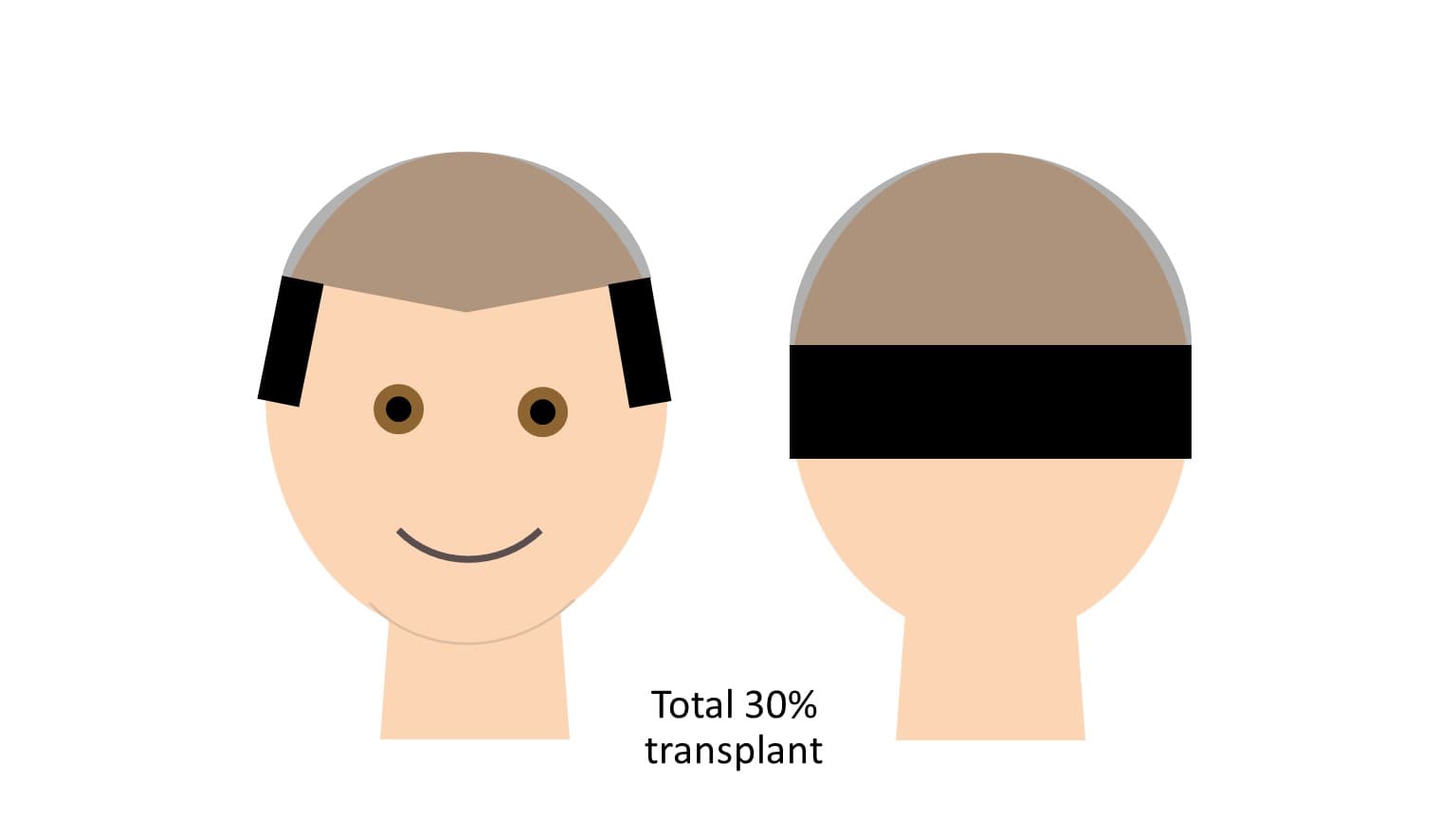 This condition could be worse after extensive Strip FUT procedures in which the donor area keeps most of the original density while becoming significantly narrower due to several strip removals.

In all of the above photos we can see that patients still kept the patterned baldness, despite having a hair restoration to cover a large area of the scalp.

If a hair transplant surgeon can effectively minimize the donor density, he can reduce the contrast between the donor and recipient area. The depletion should be strategic and done evenly. This method is ideal for people who want to always keep their entire hair short or the ones who prefer wearing a crew cut on the back and sides. 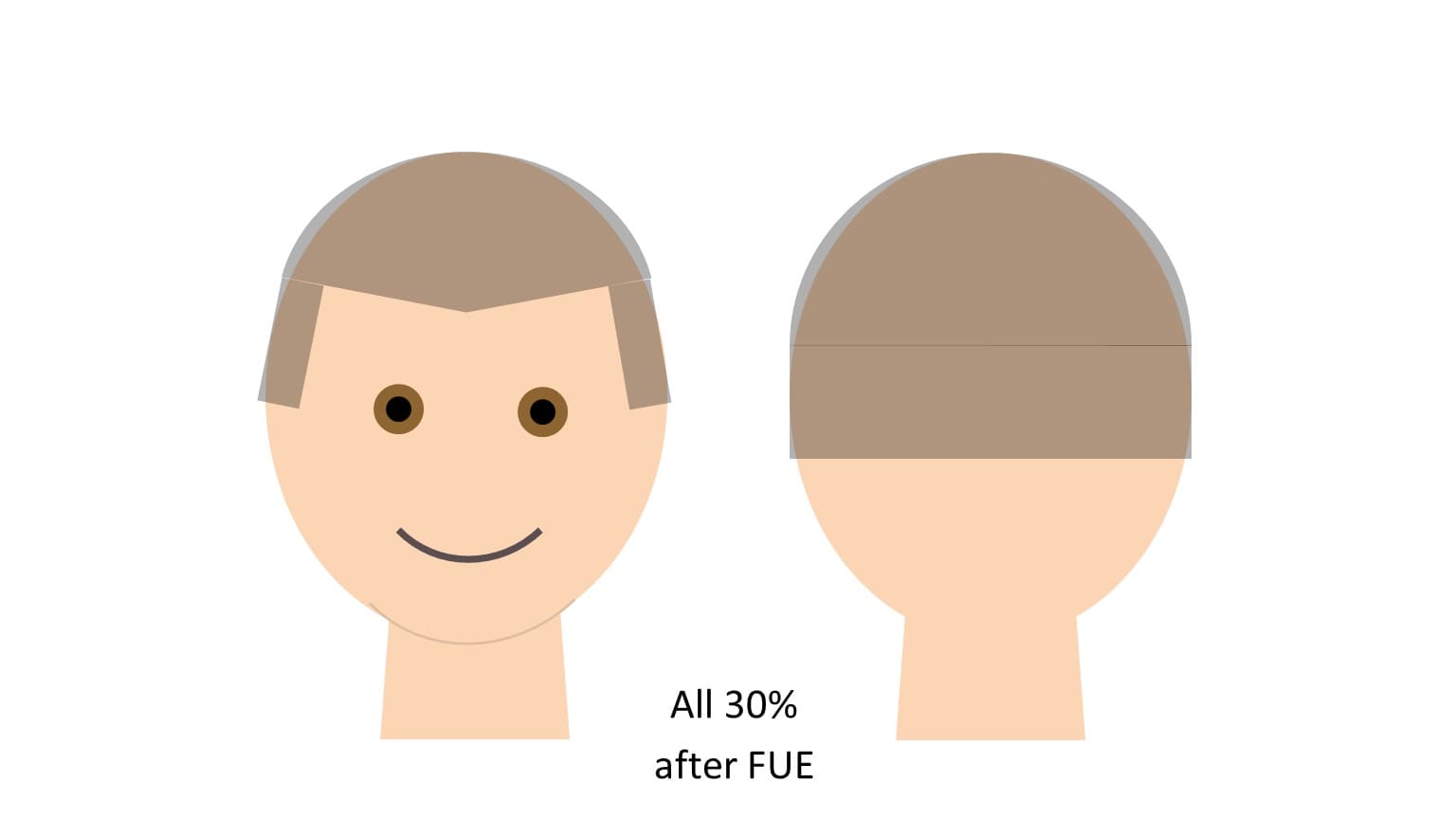 The even distribution of hair is important on the donor. To achieve this level of evenness, the extraction from the donor should be extensive. However, harvesting hair should be calculated and the number of hairs per graft should be considered in each pass of the hair transplant. Early harvest of the grafts with a higher number of hairs per graft usually helps create the desired lower density on the donor area while it helps maximize the hair that is needed to restore other areas.

A hair transplant surgeon should try to avoid extracting and transplanting hair on the fringe of the donor area. These are the hairs that may not be permanent and, as a patient ages and hair loss advances, they may become miniaturized and fall. That may create a problem that prevents progress toward a total evenness until he loses those fringe hairs. The solution could be a cherry pick harvesting of the thicker hair grafts from that area. That should be done with the understanding that some of those hairs will not be permanent and, at some point, they will fall. The hair that is harvested from the fringe area should never be used to restore essential areas like a frontal hairline or the center of the whole area in the crown. These patients should know that creating total evenness means receiving some hair that might be gone at some point.

Creating total evenness for patients with advanced classes of hair loss can help surgeons minimize the contrast between the donor and recipient area. This aggressive extraction of hair from the donor area can also provide a great source of hair for these patients who need those grafts the most. Creation of a total evenness should be staged so the maximum number of grafts could be provided while developing an even appearance of donor area. The procedure is ideal for patients who plan to keep their hair trimmed overall or just short on the back. This option should be reviewed with any patient who suffers from an advance class of hair loss with a limited donor supply.