Since leaving England to live in America, Prince Harry and Meghan Markle have been the subject of many stories and online gossip. There have been multiple reports about Prince Harry and his possible hair loss as well as the role his wife is playing in trying to address the issue. 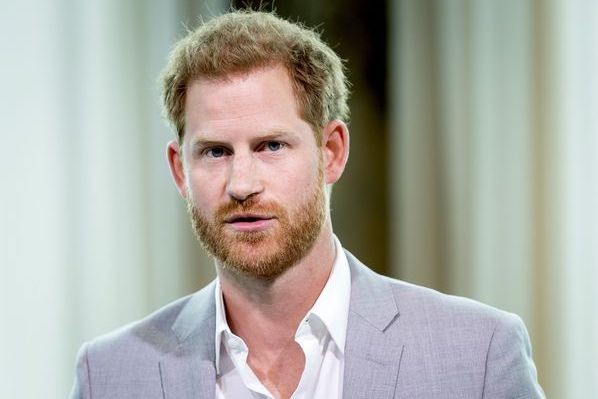 One of the latest tales about the duo revolves around the hairline of Prince Harry and how Markle is trying to get hm to have a hair transplant in order to save their image.

According to the National Enquirer, Meghan Markle is obsessed with their public image and is doing her best to talk Harry into making a change with his hair. The magazine says she will not let him leave the house without wearing a cap so he can cover his bald spot. A source told the magazine, “Meghan’s all about appearance, so when she sees Harry’s hair coming out in clumps, she wants him to do something about it before it’s too late.”

In addition, the source reported that Meghan feels Harry will need to have a full head of hair if she is going to be able to resume her acting career in Hollywood. Prince Harry is said to agree with the plan as he is not happy about “being the laughingstock of the British press for his rapid hair loss. He’s ready to do something about it.”

So far, the National Enquirer has been unable to conform that Meghan Markle is pushing her husband to make a change in the appearance of the balding area on his scalp. 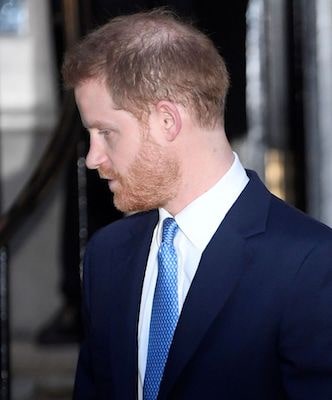 There have been claims that the balding area on the back of his scalp has grown in size since 2018 when he married Markle. One news source spoke to Dr. Asim Shahmalak, a hair transplant surgeon in Manchester’s Crown Hill, who said that 34-year-old Prince Harry is losing his hair at the same rate as his 37-year-old brother, Prince William. The two brothers are not the only members of the British royal family who have suffered hair loss. The lack of hair on the scalp has been evident from Prince Philip to Prince Charles to Prince William and Prince Harry.

According to Dr. Shahmalak, “The baldness gene is not as strong in Harry but he is still losing his hair quickly. At present, most of Harry’s hair loss is around the crown area. He has a growing bald patch right across his crown and you can also see that his hair is also thinning out towards the front.” The doctor added that Harry might have inherited his balding from the family of his mother as Princess Diana’s father was also bald.

The latest round of interest in the hair loss of Prince Harry started when Meghan and Harry were featured in an interview with Oprah Winfrey earlier this year. One of the main items the public noticed in the interview was the thinning of Harry’s hair. His hair loss has been blamed on everything from genetics to stress.

It might be an understatement to say the couple has been under severe stress ever since the day they were married. Markle was constantly the subject of critical stories in the British press and they eventually left their home in England to move to America. They have since remained in the news due to their accusations of racism towards them on the part of the royal family.

If it turns out to be true that Harry and Meghan are worried about his hair loss, there are multiple hair transplant options available to him to address the issue.

There are some patients that want to keep their hair transplant private and wish to remain anonymous about having a procedure. Celebrity Hair Transplant™ by Dr. Parsa Mohebi is an outpatient hair restoration surgery that requires little downtime after the procedure. In addition, there is little detectability that a patient had the surgery. There is no trimming or shaving required for the donor or recipient areas of the scalp so patients can keep the same hairstyle when they arrive at, and leave, the office. The number of hair grafts that can be transplanted is lower than standard FUE due to the more labor-intensive aspect of this procedure. There are also no visible scars after the surgery and an even distribution of the grafts.

If Price Harry decides to make a change in the appearance of his hairline, the hair transplant procedures listed above are good options for the medical solutions he needs to gain a more youthful and refreshed hairline.