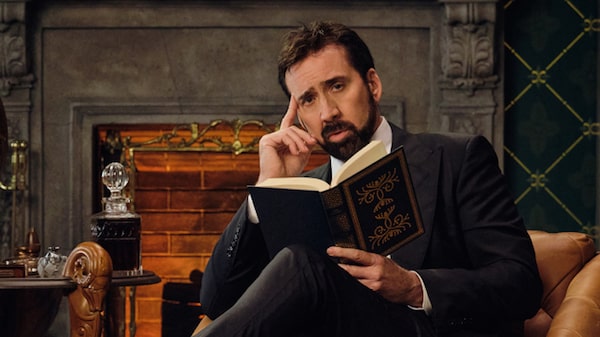 Nicolas Cage is one of the most interesting actors of the modern era. He has been an Oscar winner for “Leaving Las Vegas” while also appearing in crowd pleasing movies such as “Raising Arizona” and “National Treasure”. The 57-year-old actor has also been the subject of speculation for many years when it comes to his appearance. He has been suspected of having a facelift as well as a hair transplant. Let’s take a look at the changing hairline of Nicolas Cage to see if it can be determined if he had a hair restoration procedure.

In the early years of his career, Cage had a full head of hair that seemed to recede as the years passed. In 2009, the actor was spotted at the Toronto Film Festival with hair that can best be described as thinning and greying. Two years later, in 2011, Cage was spotted enjoying what was called a “suspiciously full head of hair” at the Los Angeles premiere of the movie, “Drive Angry 3D”.

His hair was thick in “Raising Arizona” but he did have a receding hairline at the time. The recession of his hairline has become even worse over the years. Cage started to lose his hair at his crown and the hair on the top of his head has become even thinner. Many people suspect that the actor is exhibiting classic signs of MPB (male pattern baldness).

However, the actor seems to have more head on the top of his head and the crown of his head has also become thicker in appearance. In addition, a recent Netflix show seems to indicate that he might have undergone a hair transplant.

With the release of the new series, “History of Swear Words” on Netflix, many of his fans on social media are discussing the fact that the actor now has a head full of dark, brown hair.

Some of the comments include: 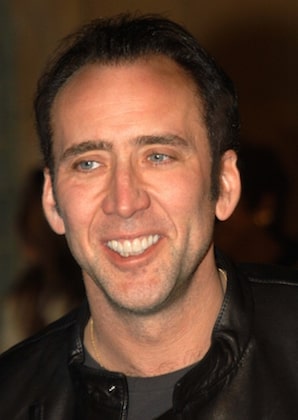 The question remains…Did Nicolas Cage have a hair transplant or did he adopt a new hairstyle along with some hair dye to change his look?

If there is not enough high-quality, viable donor hair located on the back or sides of the scalp, the hair grafts can be taken from other areas of the body such as the beard or the chest. The hair that is transplanted will grow like the natural hair that is located on the scalp but will not be subject to the balding process.

Patients, such as Nicolas Cage, who want to have a hair transplant but still keep it anonymous, might be ideal candidates for Celebrity Hair Transplant™ by Dr. Parsa Mohebi. This hair transplant method provides little to no detectability as well as little downtime. There is rarely any trimming or shaving of the hair on the donor or recipient areas and the entire process includes transplanting a more limited number of grafts during the procedure. In addition, this hair transplant technique is a non-shaven FUE hair transplant procedure.

Patients that are interested in undergoing a hair transplant are invited to contact our office today for more information about a Los Angeles hair transplant or San Francisco hair restoration procedure. Our doctors will examine your scalp during a consultation appointment to determine your current amount of hair loss as well as the reasons for your hair loss.

We will also discuss your hair transplant options and work with you to determine the best hair restoration option to achieve your desired goals. Hair transplant results last a lifetime and are the best medical option available to restore the hair that has been lost on the scalp.