The career of Jake Paul has taken some interesting twists and turns over the years. He first entered the public eye on the Vine social media app before joining the cast of a Disney Channel TV show. He then saw his fame continue to grow on social media before his latest career change as a professional boxer. He is also becoming well-known for the possible changes in his hairline as his fans are beginning to believe Jake Paul has a receding hairline. 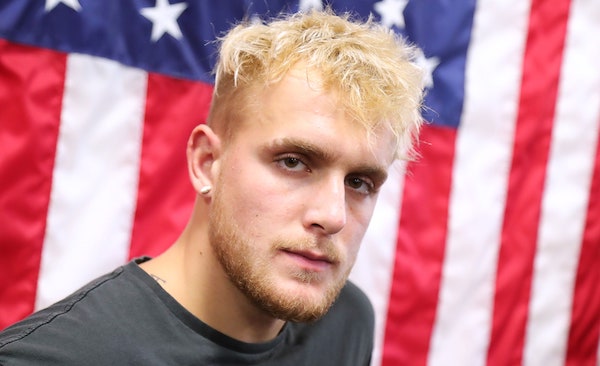 Jake Paul – Reaction to his Hairline

During a press conference for his last fight against Tyron Woodley, Jake Paul’s hair could best be described as a messy mop of hair that falls in a forward manner across his forehead. Some of his fans believe his hair is worn that way to try and hide a receding hairline.

Twitter users did not hold back on their feelings about his (possibly) receding hairline: 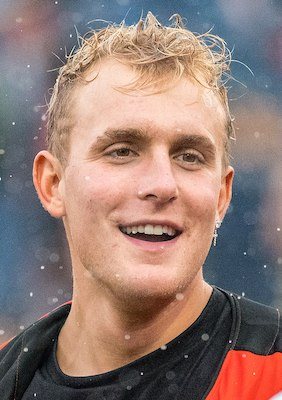 One user of Reddit shared a photo of Jake Paul running his hand through his hair. Even though the photo was somewhat grainy, the photo shows that this Internet celebrity has a rather clear widow’s peak.

Although his curly hair usually covers up the appearance of his scalp, the image of Jake Paul pulling back his hair seems to show that he might be experiencing some level of balding in the front section of his hairline.

While the photo in question was grainy in appearance, there have been other photos that seem to reinforce the opinion that Jake Paul is suffering from a receding hairline.

Jake Paul – How is He Addressing His Hair Loss?

With all of the speculation about his hair loss, what is Jake Paul doing to combat his receding hairline?

At the moment, the answer appears to be “not much”.

Thanks to his new life as a professional boxer, Jake Paul is spending a lot of time in the gym or in the boxing ring. His boxing paydays certainly makes it easy for him to afford any kind of hair loss treatment he wants to undergo in the future.

If he does have some type of treatment for his hair loss, it would likely be noticed by his fans and those who have been following the story of his receding hairline on the Internet. Right now, it looks like his only strategy is to continue wearing his hair in his longtime manner of having a shaggy head of hair.

According to the American Hair Loss Association, the loss of hair on the scalp is an experience that two-thirds of all men will have by the time they reach 35 years of age. In other words, it can happen to almost any man in some point in his life.

Men that are experiencing some form of hair loss can schedule a consultation appointment with a board-certified doctor to have an examination performed on their scalp and determine the cause of the hair loss. The surgeon can also recommend a treatment plan to restore the hairline of the person in order to gain a natural and youthful looking head of hair.

Anyone interested in learning more about the hair transplant California experience can contact our office today to schedule a consultation appointment. Our expert medical team will answer any questions the patient has about hair loss and hair transplants and also set realistic expectations about the type of results the patient can expect to enjoy after the procedure.