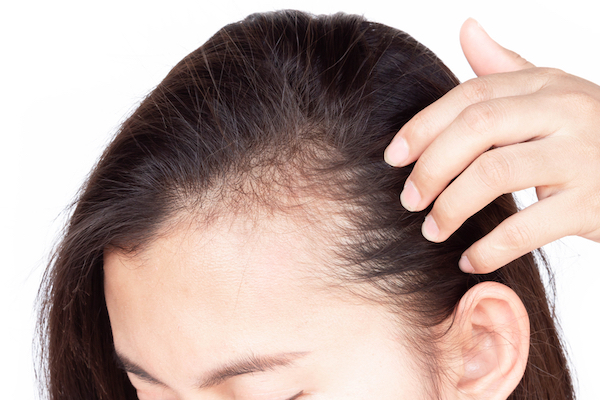 Hairline lowering is a procedure that help patients change the appearance of a high or receding hairline. A surgeon performs a hair transplant to round out the hairline by filling in the sides while also lowering them at the same time. An incision is created at the anterior hairline, which is located over the forehead, in order to reduce the height of the forehead and lower the hairline. A patient with ideal scalp laxity can have the hairline lowered an average of 2 to 2.5-cm without the upper part of the face looking out of proportion. Patients with higher hairlines often feel like they have a large forehead or that their face looks stretched or out of proportion. They can fix the problem by having their hairline lowered.

An ideal candidate for hairline lowering has thick hair follicles, especially at the hairline, which can hide the incision site. It is an ideal procedure for women in their 20s and 30s (although it can be performed on men and older women as well) with no personal or familial history of hair loss. Patients with a large forehead or a high, or receding, hairline are also ideal candidates.

Hairline Lowering – How is it Performed

A hair transplant can also be used to perform hairline lowering. It does not require an incision along the hairline. Instead, it creates a rounding of the hairline as it fills-in the sides while also lowering them. Hair grafts are placed inside very tiny incisions in front of the hairline as well as between the existing hairs in the hairline to increase hair density. The hairs are then transplanted in the direction that the hair naturally grows.

At the start of the recovery process, patients will see a little bit of swelling and bruising around the eyes that typically resolves after a couple of days. Patients should not wash their hair for a few days after the surgery and they can expect to experience numbness in the front of the scalp (behind the incision). The numbness will last anywhere from a couple of weeks to a couple of months after the surgery Patients can also expect to experience some itching as well after the procedure. Typically, patients can resume normal activities and minimal impact work after one or two days, but they should avoid strenuous exercise for at least 2-4 weeks.

There might be some temporary shedding of the hair in the front of the scalp about 2-4 weeks after hair transplant surgery, but this hair will grow back after several months. It can take up to a year (or more) for the results of a hair transplant to be fully visible.

Hairline lowering surgery results should be noticeable almost immediately after the procedure is performed. A scar might be visible in the front of the hairline so a hair transplant could be necessary to place hair follicles in the surgical scar to hide it from the view of others. 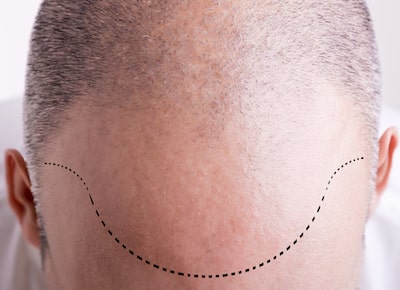 The limitations of hairline lowering include how far the hair can be adjusted based on the flexibility and laxity of the forehead. There is also a limit to how many hair grafts the patient will have available to be transplanted.

Some common risks of hairline lowering include:

Patients interested in having hairline lowering need to perform proper research to find the surgeon that is right for them. They should use a board-certified surgeon who is experienced in hairline lowering along with harvesting hair grafts and performing a hair transplant. The surgeon should have an expert understanding of hair growth patterns on the scalp. They will want to see “before and after” examples of previous work performed by the surgeon to ensure the doctor has a good understanding of the aesthetics of a natural hairline, so the final results do not produce an unnatural look.

The surgeon will also discuss the type of results the patient can expect to see and set realistic expectations about the final results. The type of results that can be expected are determined after the surgeon examines the current condition of the forehead and the hairline. With the help of the right surgeon, patients can expect to achieve and enjoy a lower, natural looking hairline that lasts a lifetime.