A Hair Raising Confession from a Super Bowl Announcer 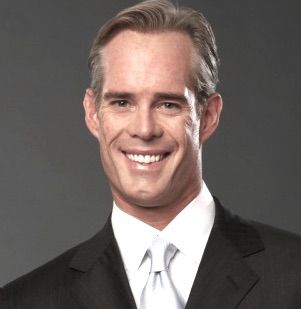 Once the World Series and Super Bowl are over, it is normally the slow time of the year for Joe Buck in terms of his broadcasting duties. In the past, he spent that downtime flying to New York for a hair transplant. As revealed in his memoir last November, Buck had an addiction to hair transplants that almost cost him his career.

Buck has suffered from a fear of hair loss ever since he was younger. In 1993, he underwent his first hair transplant. It was a combination of vanity and a fear of losing his TV job due to hair loss that resulted in the decision to have a hair transplant. In 2011, he had his 8th hair restoration surgery but was unable to speak when he woke up. A doctor in St. Louis told Buck he had a paralyzed vocal cord and no guarantee of ever speaking again. Buck told his employers, and the public, that he was suffering from a virus and that his voice would return to normal. It took months of treatment before his voice returned and that 2011 surgery was the last time he had a hair restoration procedure.

It is important to remember that hair transplants can become something of a habit for those patients who have progressed towards advanced classes of hair loss. Even though hair transplant is non-invasive and safe, it is still a skin surgery and comes with certain risks. The loss of voice after surgery is normally caused by general anesthesia as well as intubation of patients. Intubation can cause a dysfunction of the vocal cords but it is usually reversible. Most hair transplants are not performed under general anesthesia so Joe Buck might have had another procedure, such as a facelift, that required the use of anesthesia. Hair transplants are a safe, and almost painless procedure, performed under local anesthesia and do not normally result in any loss of the voice thanks to current surgical methods.