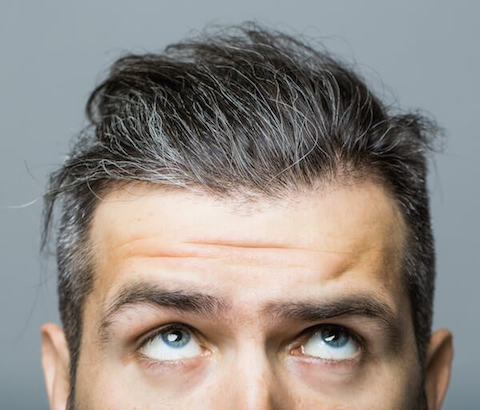 A study led by researchers at University College London has identified the first gene associated with the hair turning grey. In a study published in Nature Communications, a research team examined a group of over 6000 people across Latin America. The study group consisted of people of various ancestral backgrounds in an attempt to identify new genes related to such factors as greying, the color of the hair, the curly or straight shape of the hair and its density.

According to the lead author of the study, Dr. Kaustubh Adhikari, UCL Cell & Developmental Biology, “We already know several genes involved in balding and hair color but this is the first time a gene for greying has been identified in humans. It was only possible because we analyzed a diverse melting pot of people, which hasn’t been done before on this scale. These findings have potential forensic and cosmetic applications as we increase our knowledge on how genes influence the way we look.”

The gene that the study identified for grey hair is called IRF4. Although it has been known in the past to play a part in the hair color of an individual, these results are the first time that IRF 4 has been associated with hair turning grey. The gene works by regulating the storage, as well as the production, of melanin. Melanin is the pigment that determines the color of the eyes as well as the hair and skin color. If there is an absence of melanin in the hair, grey hair can occur and scientists are working to determine the role of IRF4 in the process. They hope that further understanding of the exact part IRF4 plays in the greying of hair can lead to cosmetic applications to alter the appearance of the hair by blocking, or at least slowing down, the greying of the hair.

Who Took Part In The Study?

The participants in the study totaled a sample size of 6357 people from locations such as Colombia, Chile, Mexico, Brazil and Peru. The group was 45% male and 55% female. Their ancestry was varied and included people of mixed Native American, African and European backgrounds. Both the women and men were examined for color, greying, hair shape and balding while only the men were tested for eyebrow thickness and beard. The visual traits of each person were compared to a set of whole genome analysis results in order to identify the genes that drive differences in the appearance of people. They were then checked against databases of different populations to determine if the differences were valid and made sense using previously gained knowledge as a gauge. The study results confirmed that greying, much like hair loss, has a genetic component and is not merely a result of environmental factors.