Female Celebrities that have Suffered from Hair Loss – See the List

Hair loss is often thought of as being a “male problem” and this is true for celebrities in Hollywood. There is often a focus on male celebrities that lose their hair but the opposite is not true for female in movies, TV and the music industry. In fact, female hair loss among celebrities is a common problem. According to the American Academy of Dermatology, 40% of women experience some form of hair loss by the time they reach 40 years of age. The reasons for hair loss in women can include postpartum hormone changes, genetics and the aging process. These changes to the body place an undue stress on the person and causes the body to work harder and neglect other functions (like hair growth) in order to respond to the drastic and stressful changes. Here are just some of the female celebrities who have come forth with their tale of hair loss and how they treated and/or embraced their loss of hair on the scalp. 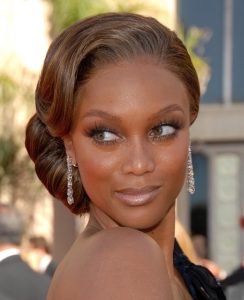 The fact that Tyra Banks is a model, businesswoman and television personality did not stop her from experiencing hair loss due to stress in her life. She remarked that her stress level reached its peak while writing “Modelland” (her 2011 book). When discussing her hair loss, Banks told one publication “Honestly, chilling for me was eating a meal. I couldn’t just look at the ocean. And in hindsight that wasn’t healthy.” She went to say that she was not able to discuss her hair loss with others without tearing up. 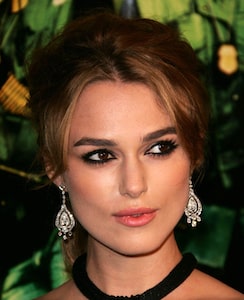 The need to dye her hair for various roles had a big impact on the hair of actress Keira Knightley. She began to notice her hair falling out after many years of changing her hair color for movie roles. Her hair loss was so bad that she wore wigs for five years until her hair grew back once she became pregnant with her daughter in 2015. Knightley told InStyle U.K., “I have dyed my hair virtually every color imaginable for different films. It got so bad that my hair literally began to fall out of my head! So for the past five years I’ve used wigs, which is the greatest thing that’s ever happened to my hair.” 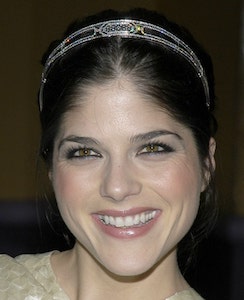 After giving birth to her son in 2011, Selma Blair began to experience postpartum hair loss brought on changes in her hormones. She approached the issue by directly discussing her hair loss with the public and making sure her bald patches were visible to others instead of trying to cover them during interviews. In one interview, she said “This is so not glamorous, but it’s true: I need to take longer showers so that I can collect the hair that falls out and throw it away so I don’t clog the drain. Why do actresses never talk about that? It just started falling out at the three-month mark. And I’m not a girl who likes extensions, so Selma’s going to be bald!” 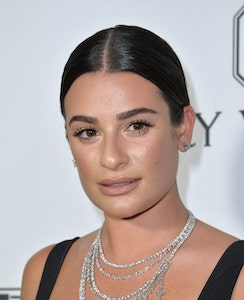 Much like the story Selma Blair discussed above, Lea Michele did not attempt to hide her hair loss from the public. She took to Instagram early this year to talk about her postpartum hair loss after the birth of her first child. The actress and singer shared a photo of a clump of hair that had fallen out of her scalp. Along with the photo, she wrote “The postpartum hair loss is REAL. Enjoying this long hair while it lasts because the mom bob is right around the corner.” 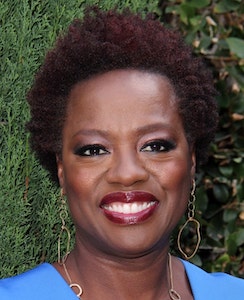 This Emmy, Tony and Academy Award winning actress is now 55 years old but she first started to notice her hair loss at the age of 28. After learning that her loss of hair was due to stress, she decided to simply internalize her feelings about the condition. She described her hair loss as looking like she had a Mohawk and a “big splash of bald on the top of my head”. Due to being embarrassed by the appearance of her hair, she started to wear wigs everywhere she went. While she still wears wigs at different times, she now treats them as an option and not a defense mechanism that allowed her to hide her hair loss. She stated, “I never showed my natural hair. It was a crutch, not an enhancement. I was so desperate for people to think I was beautiful. I had to be liberated from that [feeling] to a certain extent.”

How to Address Female Hair Loss

Besides the steps taken by the celebrities listed above to tackle their hair loss, females experiencing hair loss can also schedule a consultation appointment with a board-certified doctor who is experienced in diagnosing and treating female hair loss. Females can experience either female patterned baldness (FPB) or male patterned baldness (MPB).  The consultation appointment will determine the cause of the hair loss along with making a plan to medically treat the hair loss suffered by the patient.

Interested in learning more about female hair loss along with creating a treatment plan for the condition? Contact our medical office today to schedule your consultation appointment.