Home >> Can Companies Be Held Responsible For Hair Care Damages?

Can Companies Be Held Responsible For Hair Care Damages? 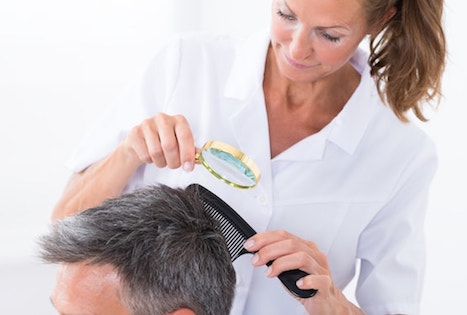 The consumer market for cosmetic products is a crowded one with over $50-billion dollars in sales on an annual basis. Numerous products compete each year to be the brand of choice for consumers. However, there is a gray area when it comes to the regulation of cosmetics. According to Democratic Representative Frank Pallone Jr. of New Jersey, consumers “don’t realize there is effectively no regulation of cosmetics.” Pallone, along with some of his political colleagues, is attempting to strengthen a law from 1938 that was passed to regulate the pharmaceutical industry but essentially left the cosmetics industry unregulated.

One of the motivating factors behind their push is the more than 21,000 complaints filed against celebrity hairstylist Chaz Dean. Dean, a Los Angeles resident, sold millions of his Wen hair care products. Unfortunately, these products had the unexpected side effects of rashes, itching and large amounts of hair loss in the people who bought and used the products.

Will Chaz Dean and the distributor of his line of hair care products, Guthy-Renker, be held responsible for the side effects suffered by the people who bought the product? Guthy-Renker is a member of a beauty care trade association that has lobbied Congress to block new legislation designed to give the FDA the ability to test the ingredients used in cosmetics. If the FDA is granted authority, they would have the power to recall products deemed to be unsafe. The fight for, and against, the proposed legislation can be characterized as a battle between those who see the legislation as a way to regain the trust of the public and others who back competing legislation. The companies backing the competing legislation include Mary Kay and smaller independent companies.

Each side understands there is growing concern among consumers about the overall safety of beauty products including the discovery of ingredients such as mercury and formaldehyde in some products. A spokesperson for Guthy-Renker says the company has studies and evidence that show Wen is safe for consumer use. Some consumers disagree with Guthy-Renker as there are reports of people who used the product losing all of their hair.

The FDA has not taken much action so far because cosmetic companies are not required to notify the government of reports of any adverse product reactions. This includes anything from hair falling out to any deaths caused by products. Instead, the FDA has to rely on consumers stepping forward and filing reports with the agency. Unfortunately, the FDA can only take action if the product is proven to be contaminated or mislabeled. If the product causes problems, but is deemed to be legal, there is not much the FDA can do in the way of legal action.

Even though no federal action was taken against them, Guthy-Renker did agree to a $26-million dollar legal settlement to repay $25 to people who bought a bottle of the almond mint and lavender-scented products since they were introduced. They also agreed to pay up to $20,000 to those who claimed the products caused injury and hair loss. The settlement has not been approved yet by a court judge. It remains to be seen if any further actions will be taken against Guthy-Renker and Chaz Dean. For the moment, the products are still being sold and the FDA says they are looking into the matter but they have yet to take any action. There is also no word on when, and if, any bills to help regulate the cosmetic industry will be passed.