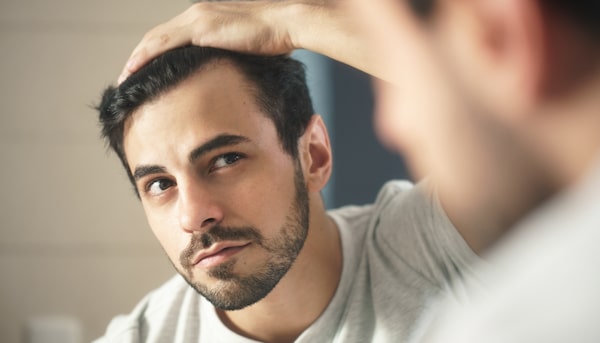 As long as people have been balding, there have been studies and tests to try and find ways to combat the hair loss process in both men and women. Two studies show there might be a new method for addressing the issue of pattern hair loss in patients.

The two studies showed JAK inhibitors, as well as other small molecules, are able to reawaken hair follicles that are dormant. In addition, stem cell therapies also have the ability to develop new follicles. Both studies were led by Angela Christiano, who is a professor of Dermatology at Columbia University Vagelos College of Physicians and Surgeons.

In the first study, the research team discovered some previously unknown cells that work to ensure that the hair follicles in a mouse do not leave their resting state. It was also determined that, if the activities of these cells are inhibited, the dormant hair follicles could be reawakened.

In the second study, the research team led by Christiano discovered a method that allows for the growth of human hair in a dish. The research team also speculated this method could entice a greater number of male and female patients to begin exploring the idea of undergoing a hair restoration procedure. 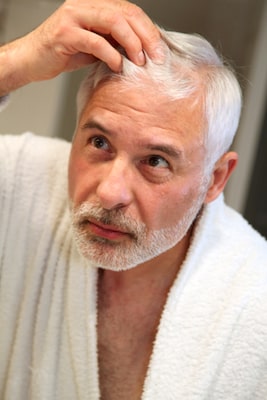 While there are plenty of hair follicles that still exist during the pattern baldness process, they are in the dormant stage of hair growth. The attempts by researchers to get drugs that can function as effectively as finasteride and minoxidil have made an impact on the search to discover new drugs that are able to reawaken hair follicles as well as inhibit hair growth.

During previous studies, the research team had found a new pathway that was considered to be active in the stem cells of resting hair follicles and this made them remain in a dormant state. The new pathway was known as JAK-STAT. Christiano, along with the team of researchers, showed that JAK inhibitors, used on the skin of mice, is a good option for reawakening hair follicles that are resting in the mice.

The Impact of Trichophages on Hair Loss

During the first study, the team of researchers discovered a formerly unknown immune-related cell type that is able to create a substance known as Oncostatin M. To put it simply, this substance ensures that the hair follicle does not leave its dormant state.

Etienne Wang, Ph.D., one of the study authors, stated that “Rare subsets of immune cells were previously difficult to identify in a whole skin, but this work was facilitated by our ability to sequence individual cells and pinpoint the ones making Oncostatin M.”

In general, there are some similarities between macrophages and these cells and the research team discovered that these cells are close to resting hair follicles. The name given to the cells is “Trichophages” and the name is taken from the word “tricho”. In the Greek language, “tricho” is a word for “hair”.

The research team also showed the hair cycle could be activated when the trichophages are targeted. They can be targeted through the use of antibodies and also small molecular inhibitors that impact Csf1R AKA a receptor that is found on the trichophages. This allows the flow of Oncostatin M to be blocked which will allow the hair cycle to begin again.

During the second study, the focus was on the creation of a method to grow human hair in a dish in order to lead to increased hair restoration surgery opportunities for a greater number of individuals. In addition, this study features a novel idea of growing human hair follicles in a dish without the need to perform any kind of implantation in the skin of the patient.

It should be noted that researchers have been generating new hairs on mice and rats by culturing cells extracted from the end of follicles that already exist.

In order to get around any resistance that is shown by human hair cells, the researchers started looking for a method to build conditions that resembled the 3D environment that is recognized as the human hair cell habitat. At last report, the research team is making progress in finding a way to grow new human hair follicles in a dish located inside a lab.

While both of these studies show promising results, the best way to address the issues of balding and hair loss is still a hair transplant. If you are interested in learning more about the natural, long-lasting results provided by a hair transplant, contact us today.