Cheyenne Jackson is known for his work on Broadway as well as his roles on TV shows as varied as “Glee”, “30 Rock” and “American Horror Story”. While he is out in the public eye with his acting roles, Jackson spent 14 years hiding his hair loss from the public. Last month, Jackson took to his Instagram page to discuss his hair loss struggles and the five hair transplant surgeries he kept out of the public eye. 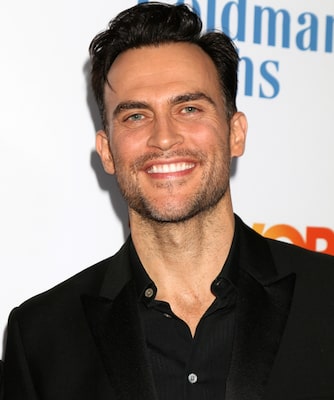 On his Instagram post, Jackson wrote “I’ve been DREADING this day for 17 years. The day when my horrible secret would be revealed. No, this gnarly scar across my head isn’t from life-saving brain surgery, nor did I narrowly survive a shark attack. It’s worse. (At least in Hollywood…) I had hair transplant surgery. 5 of them, to be exact over 14 years.”

Jackson also admitted that he felt odd making a confession about having hair transplants while fears and worries about the COVID-19 pandemic continue across the country. He did say that one of the reasons that he wanted to discuss the topic was to let go of the “shame and anxiety” he built up over the years thanks to the fear he felt about the public somehow finding out his secret.

“I started losing my hair around 22. Mu older brother was balding too, but was way braver & cooler & just shaved his off. It was really emotional for me to watch it fall out & I felt less attractive & truly less like myself as the days went on, so I saved up and got my first surgery at 28. I hid it from everyone. It was painful & expensive but I started to feel better about myself.”

Jackson also discussed having additional hair restoration procedures while also praying that no one would find out about the surgeries. He made a vow to himself to keep his secret forever while also wondering why he cared so much about others knowing his truth. He added that, if someone did find out about his hair transplants, he was worried it would cause him to lose his acting talents or “make me less viable or valuable in the world.”

Jackson did have to share his secret with the various hair and makeup crews on the sets of his television and Broadway shows but he was pleased to find out that nobody judged him for having the procedures. “At the beginning of every job, I’d secretly gather the hair & makeup people, dramatically close the door of the trailer & make a big deal about REVEALING my devastating truth. Every. Single. Time. they basically said ‘ummm…yeah…so?’ NO ONE CARED BUT ME!”

According to Jackson, he decided to share his story in order to help others reconcile their individual hair loss experiences.

“I’m sharing because maybe this will inspire someone out there to share a secret they’ve been hiding, or show a scar that they’ve been afraid of anyone seeing.”

Jackson also advised people to “let it go” while also saying that he hoped to teach his kids to accept themselves as they are and to be proud of themselves. As their father, he wants to show them what is important and real as well as lead by example.

As shown in the story of Cheyenne Jackson above, this acclaimed actor was afraid to have others view his scars because they might find out about his hair transplant procedures. Hair loss can have a big impact on the self-image of a person and make them feel like they do not want to be seen by others because of their negative feelings or shame about their appearance after the hair loss.

It should be noted that Jackson has been hiding his hair loss for 14 years which means that he had his first hair restoration procedure long before the current advances in hair transplant technology. While his results seem to be of good quality and natural in appearance, there have been advances in the field of hair restoration since he started having hair transplant surgery. The issue of scars resulting from a hair transplant depends on the type of procedure a patient has performed to achieve the desired hairline: