Home >> Can A Soccer Ball Cause Hair Loss?

Can A Soccer Ball Cause Hair Loss? 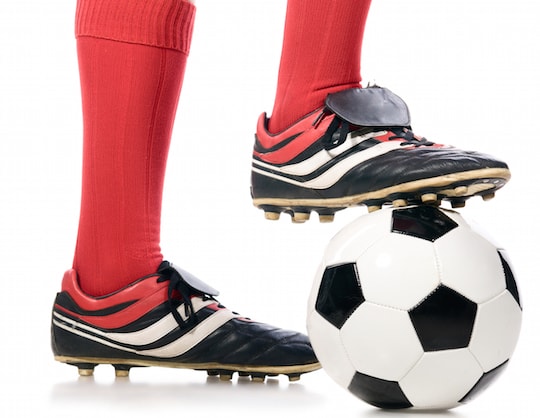 Some people call it football while others call it soccer. No matter the name, soccer is a huge sport in the United Kingdom. It was recently suggested that a link can be made between players heading the soccer ball and premature hair loss. According to UK hair transplant surgeon, Dr. Edward Ball, soccer players head the ball in an area of the head where the forehead and the hairline meet. Dr. Ball claims the repeated trauma to the area where the ball bounces off the head can cause a chronic inflammation of the region. In turn, this can lead to a patient suffering from alopecia.

Dr. Ball said, “We know that trauma causes inflammation and we know that inflammation is a factor in many causes of both scarring and non-scarring alopecias. And when a footballer heads a ball, they typically connect with it where the hairline meets the forehead. I’d expect repeated trauma to this hairline – caused by almost daily impacts with a football, year upon year ever since childhood – to cause chronic inflammation. And that, in turn, could quite feasibly cause hair loss.”

While Dr. Ball admits this connection has not been made in the past, he feels that the idea of hair loss being caused by heading a soccer ball on a regular basis could have ramifications for anyone who plays the sport often and seriously. Dr. Ball says the next step is to perform a biopsy on the balding areas in soccer players to look for any signs of inflammation or scar tissue from heading the ball.

Dr. Ball’s theory about hair loss from heading a soccer ball on a regular basis is interesting. However, it is still just a theory as the effect caused by this action on the soccer field has not been studied in any depth. Patients who want to know more about the cause of their hair loss are invited to schedule a consultation appointment with me in order to closely examine the reasons behind their hair loss.