Home >> Can OCD and Other Personality Disorders Lead to Hair Loss?

Can OCD and Other Personality Disorders Lead to Hair Loss?

The first step in determining if OCD can lead to a person experiencing hair loss is to understand exactly what OCD is and the impact it can have on daily life. 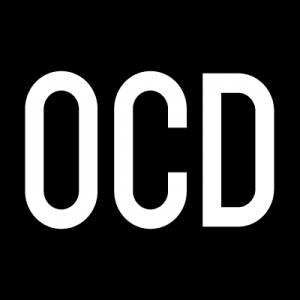 OCD is short for Obsessive-Compulsive Disorder and it is an anxiety disorder known to cause fear, worry and unease due to intrusive thoughts.  A person that is suffering from OCD performs repetitive behaviors in the hope of relieving the cause of the anxiety. The repetition of the actions happens regardless of the effect it has on their personal and/or professional lives.

Some common examples of OCD behavior include:

A hair loss problem can come about due to the OCD behavior of a person suffering from the disorder. For example, patients can perform compulsive pulling of their hair on a daily basis. This action can lead to the hair being pulled out and this condition is known as trichotillomania. While the hair loss that results from pulling the hair can be treated with a hair transplant, the psychological condition must first be treated to ensure the hair pulling action will not continue after the hair transplant.

The OCD behavior of twirling the hair while thinking about something else, or while performing everyday tasks, can also lead to the hair being pulled out of the scalp.

Are There Other Forms of OCD?

Another form of OCD that is damaging to the hair is dermatillomania which is a condition that is also commonly known as skin-picking disorder.  People who suffer from this disease commonly pick at the skin on their face, scalp, arms and neck. While picking at the hairs on the scalp doesn’t specifically target the hair follicles in that area, they can become permanently damaged thanks to the action of repetitive scalp picking.  The constant picking can make the skin sensitive and also cause it to lose its ability to heal properly.  The hair can sometimes be pulled out of the scalp by the act of scalp picking causing open sores on the scalp.  Picking at the scabs caused by the sores can lead to further permanent damage.

The act of repeatedly picking at the scalp can cause a great amount of damage to the hair follicles.  Since the damage to the follicles occurs below the skin, the damage is seen on the outside as thinning or patchy hair.  The greater damage that occurs below the surface of the skin is not visible to the naked eye.  People who suffer from this condition continue to perform the damaging behavior regardless of the issues it causes to the hair as well as the physical pain caused on a regular basis due to the act of picking at the hair and the skin on the scalp. The permanent damage caused to the hair, as well as to the follicles below the skin, can lead to baldness on the scalp.

Skin picking is part of a group of disorders that fall under the heading of Body-Focused Repetitive Behavior (BFRB).  It can often be confused with the hair-pulling disorder described above that is known as trichotillomania.  The main difference between the two is this:

A Difficult Situation Made Even Harder

The first step in properly treating the condition that is causing the hair loss is determining if the psychological disorder is being caused by OCD, Body Dysmorphic Disorder (a mental health disorder where a person continually thinks about flaws that they perceive to be present in their appearance) or depression.  A patient will need to consult with a psychologist before proceeding with any long-term treatment plan. The treatment of any underlying psychological condition is an important step in determining if a hair transplant is a viable option for a patient.