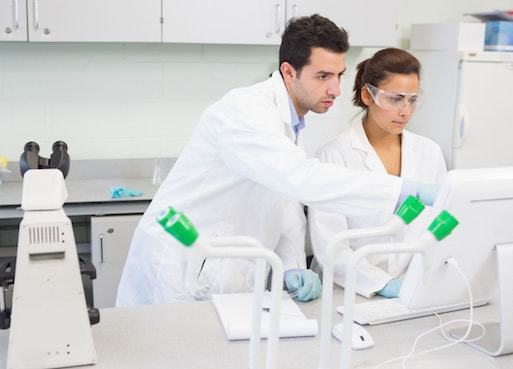 It seems like every week beings another news story about a miracle cure for baldness that will restore hair. No matter how much scientists say their new cure is going to be a game changer, there is always more testing and studies that need to be conducted.

The latest news about a cure for baldness comes from a group of scientists who created artificial skin in a lab. The artificial skin was created out of tissue from the gums of mice. The tissue was transformed into skin and that skin was then changed and developed into hair follicles. In turn, the scientists hope to develop this treatment into a baldness cure.

The study was conducted at RIKEN, a research institute in Japan, and was led by Takashi Tsuji. Tsuji feels that the study is making a contribution “to the development of bioengineering technologies that will enable future regenerative therapies” to help patients dealing with scars, burns and hair loss.

Scientists have attempted to grow skin before but many peoples say the artificial skin grown in this study is very close to real skin as it has the outer layer as well as dermis. The cells were differentiated in a manner similar to what occurs when an embryo develops. The cells were attached to the mice by grafting the cells onto their skin. The cells then connected to the muscles and nerves that surrounded the tissue in a manner much like normal skin.

Tsuji feels that the team of scientists is getting close to recreating actual organs and that the tissue might one day take the place of chemical testing on animals. However, the results of the study are not close enough to being a product that will be available on the market at any point in the near future.