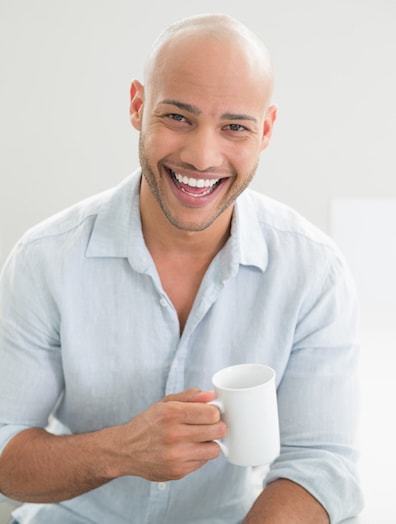 An article published back in 2014 in The British Journal of Dermatology discussed a study that treated hair cells, in a lab setting, by exposing the hair cells to caffeine.

The study, conducted by Fischer et al., spotlighted the overall effects of caffeine on hair follicular cells. The study showed an increased number of cells in the outer root sheath of hair which is the part that is responsible for the elongation of hair shafts due to the enlargement of the hair matrix.

The study investigation team reviewed the total effect of caffeine-studied growth factors in female and male hair follicles. The team came to the conclusion that caffeine does stimulate the elongation of hair shafts. The elongation occurs thanks to an increase in the growth phase of hair cells as well as a general enhancement in the proliferation of hair matrix cells.

It is still unknown whether or not the results of this study can be applied to the growth of human hair in patients. It does appear to show some promise for future use but further studies, as well as continued testing on patients, will need to be performed before the use of caffeine is developed into a widespread treatment option for baldness.