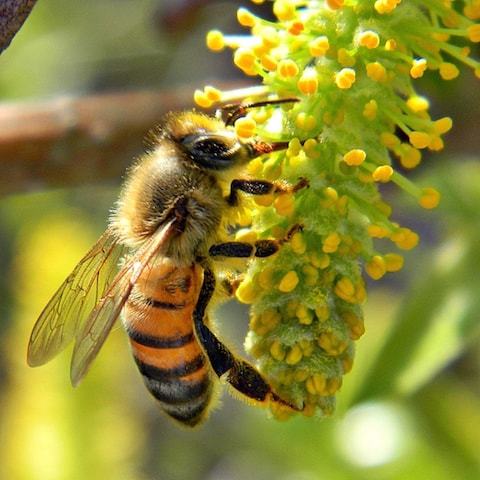 It’s spring and bees are buzzing around the plants and bushes found everywhere at this time of year. Did you know they can actually serve a purpose besides sending you running for cover? The venom from bees might actually be able to help combat alopecia!

Alopecia is an issue that can occur in patients of all ages. While there have been studies that show bee venom can be used in the treatment of a number of diseases including MS and rheumatoid arthritis, a recent study was conducted that investigated the effectiveness of bee venom in preventing alopecia. In the study, either bee venom (0.001, 0.005 and 0.01%) or minoxidil (2%) was applied as a positive control to the area of dorsal skin on female mice for a total of 19 days.

The study found that the bee venom promoted hair growth and it also served to inhibit the change from the anagen to the catagen phase. Furthermore, in both the anagen phase mice and the mice induced into the catagen phase, the hair growth was increased by controlled dosage. The bee venom was found to inhibit the type II 5a-reductase that normally plays a major part in the transformation of testosterone into dihydrotestosterone. The bee venom also stimulated a number of growth factors in the group treated with the bee venom as opposed to the control group.

The next time you see a bee colony and want to run away from them, just remember that you might be running away from the bees that can help you in the future if you suffer from alopecia. While further studies need to be performed on the connection between bee venom and alopecia, it looks like bee venom has the potential to be an important promoter of hair growth in humans.